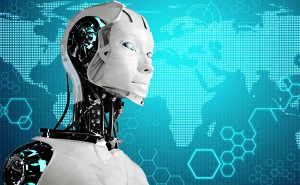 A report released by the House of Lords Select Committee on Digital Skills has called on the incoming government to take seriously the impact of robots to the British economy.  The report, Make or Break: The UK’s Digital Future warns that automation could put 35% of UK jobs at risk over the next 20 years. Workers at most risk include those working in transport, logistics, administration, sales and construction. Taxi and bus drivers were singled out as being at risk from driver-less car technology. The Committee notes that for net job loss on a large scale to be avoided, a substantial number of more skills-intensive jobs will have to be created:

“In the past, workers have adapted to technological revolutions by acquiring new skills. To manage the coming transition successfully, an overhaul of the skills of the entire population is crucial.”   order-order