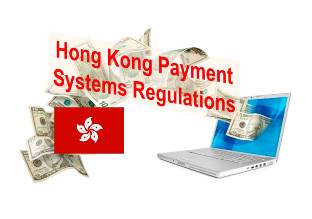 The Monetary Authority of Hong Kong, which is the de facto central bank, granted on August 25th the first batch of licences to five stored-value service providers in a landmark move to regulate the city’s rapidly expanding electronic payment business.

Such payment services had been operating without supervision in the city since last November, when an ordinance was introduced by the Hong Kong Monetary Authority.

Players were granted a one-year transition period to operate without a licence.  “The grant of the first batch of licences for [issuers of stored-value facilities] is turning a new page in retail payment development in Hong Kong,” Norman Chan Tak-lam, chief executive at the authority, said.  Chan said the implementation of the licensing regime would assist the introduction of new payment means and foster innovation in the local retail payment industry.  The regulatory requirements include minimum capital, risks management, data privacy, stored value limit and customer due diligence for anti-money laundering.

A finalised supervisory guideline and a code of practice will be provided to applicants next month.

For example, to align with international anti-money laundering rules, a real-name registration system will be needed for some pre-paid payment facilities if their stored value limit reaches a certain amount, said Henry Cheng, executive director of the authority’s monetary management.  But there will not be a unified ceiling on the amount of money that can be stored in SVF accounts, he added.

The 10 other existing operators who did not get a licence in this selection round will soon have to stop providing services if they fail to secure a licence by November.

Howard Lee, senior executive director at the authority, said the decision to include only five operators at this point did not mean the remaining applicants had been rejected. He promised more licences would be granted before or after November 13.

“We have asked those issuers who are planning on an exit to inform affected customers in advance to minimise the inconvenience,” Lee said.

Just 10 minutes after the five successful candidates were made public, Alibaba’s Alipay Wallet announced it would launch a new Hong Kong dollar account service in October. It will allow consumers to make purchases on its Taobao platform without paying any handling fee, said Sabrina Peng Yijie, international general manager at Ant Financial Services under the Alibaba Group.

Local users would also be able to top up their Alipay Wallet accounts through local banks and convenience stores with the help of a QR code.

Norman Tam, head of the Hong Kong and Taiwan Office at Tencent’s International Business Group, said: “We’re excited to be one of the first to reach this vital milestone among Hong Kong’s payment industry.”

TNG chief executive Alex Kong Hing-yan said he was “very happy” about receiving the licence. “All the other companies are very big – we’re definitely the smallest one …The licence will help us compete with others.”

Unlike the immediate move by other applicants, Octopus Cards will have to wait until November for its licence to come into effect, after its current licence under the Banking Ordinance has lapsed. But a spokesman for the company said there would be no impact on its services.

Apple Pay, operated by Apple, is not required to apply for a licence as its technology is linked to credit cards.