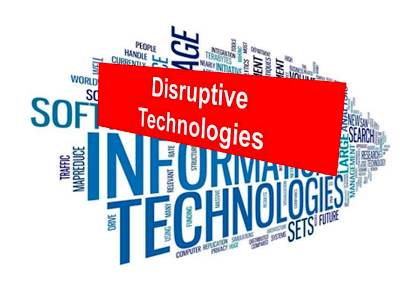 The arrival of Uber has been a classic disruptive technology.  It has almost certainly ended the taxi industry as we know it despite the rear guard actions from cities that have tried to halt the expansion of the ride sharing phenomenon.  The next big challenge is ferreting out all the other issues that have arisen from the uberization of transportation. Is this system better than what existed before and in what ways? Are there disadvantages?

Here is what is at stake:  One of the newest studies regarding Uber has explored whether it has affected congestion and as it turns out it has.  The availability of an Uber ride has made it possible for people to eschew the private car more regularly and that has taken a lot of cars off the streets of cities that have been struggling with demand. It is not that cabs could not have done the same thing but the crucial differences between the offerings have made a difference. When asked what made Uber more acceptable than a taxi there were generally three responses.

Much has been made of the issues of unsafe Uber rides but less attention has been focused on the record of incidents in the taxi system.  Frankly there is risk involved in either option. The bigger economic issue is the rise of on-demand activity period. The fundamental precept behind Uber is providing a service exactly when it is required and one offered by a legion of suppliers all vying for the opportunity. This means lower prices and more availability for the consumer and that idea can be extended beyond transportation of people.

There is already Uber freight but there are many more variations in the works. There is Uber-style child care – requesting an opening in a child care facility on short notice or finding a babysitter at the last minute. There has been development of other services on demand – everything from lawn care to house cleaning to errand running.  Uber drivers have already been employed to pick things up and deliver – dry cleaning, groceries, etc.  This is not just for those who are house bound but for those who just can’t get to the places they need to get to.  Much debate has centered on what will replace the factory job – the semi-skilled job that pays well.  The service sector has to step into that void but that is far harder to do than state. The Uber style service is instant and that implies there is room for upselling as there is value in that speed. There is not a great surge in pay for the Uber service as yet but as thesophistication increases the value proposition does as well.