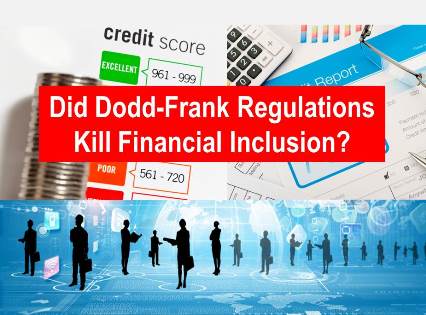 Banking and Blockchain: Why We Need an AML/KYC Safe Harbor

Steven Hopkins is chief operating officer and general counsel of Medici Ventures, an Overstock subsidiary focused on the advancement of blockchain technology.

In this opinion piece, Hopkins discusses issues with the global AML and KYC requirements placed on banks, concluding that, while this is encouraging blockchain innovation, more legal clarity is needed to prevent developing countries being largely excluded from the financial system.

In 1970, legislators supporting the Bank Secrecy Act (BSA) emphasized that the new law would not be a burden to financial institutions because they already kept most of the records required and the Secretary of the Treasury would have broad latitude to provide exemptions in cases where regulatory costs exceeded benefits.

Since then, each of the 11 additional laws has added more requirements for banks and money transmitters. Today, this compendium of regulation is generally referred to as the anti-money laundering (AML) and know-your-customer (KYC) rules.

In addition to reporting transactions above certain levels, banks are now required to know who their customers are, and to report any ‘suspicious activity’. Ask any financial institution today what its largest burden is, the answer is invariably “compliance”.

Regulatory burdens on financial institutions are expensive, and growing bank fees and service charges have reflected this. However, after the financial crisis of 2008, regulators added uncertainty to the mix.

They began to use the broad authority granted them by Congress to impose large fines, levying $321bn in penalties on banks between 2009 and 2016. The perceived randomness of who might be fined next and how much, added enormous uncertainty to the world of banking.

In addition to the financial impact of nine- and 10-figure fines, being singled out as a supporter of terrorism and organized crime carries an enormous reputational risk for any company.  Banks got the message. Their response was to sever ties with virtually any foreign correspondent bank with customers that regulators might deem ‘suspicious’ using 20/20 hindsight.

They are also careful not do business with customers or industries that might later turn out to be ‘suspicious’. It’s a rational course of action with devastating results.

De-risking and its human cost The amount of de-risking activity has been significant. Accuity, a banking industry research group, found in May 2017 that 25% of global correspondent banking ties have been severed since 2009.

Businesses dealing with cryptocurrency and legal marijuana have had accounts closed and been refused banking services pursuant to a practice labeled ‘pre-risking’ by bank executives. Certain regions such as Africa and the Caribbean have been hit hardest, with nearly 70% of Caribbean banks reporting severance of correspondent banking relationships by 2015.

A separate study published by the Charity and Security Network in February 2017, found 66% of charities and non-profits experiencing obstacles such as payment delays, additional due diligence requirements and fee increases.

Fully 16% of charities surveyed said they had experienced account closures or a refusal to open accounts.

Regional economies have been deeply affected, with exporters unable to engage in trade finance and individuals who rely on remittance payments from relatives unable to receive them. Even with worldwide economic growth during 2015 and 2016, remittance payments to developing nations declined two years running – the only double decline in recent memory according to the World Bank.

The economic impacts of de-risking have been so severe that several Caribbean central banks have begun working with bitcoin-based payments company Bitt in order to create an alternative currency settlement network in the Caribbean.

Bitt founder and CEO Gabriel Abed has been a passionate critic of de-risking and emphasized at the Medici Ventures Blockchain Summit recently that, for the already impoverished citizens of the Caribbean, de-risking is exceptionally painful.

After noting the myriad of very high costs in making a simple transaction, Abed summed it up by saying simply:   “It is expensive to be poor.”

By forcing millions out of the financial system, de-risking is creating a large population that has no other alternative but to use gray market or illicit means to make payments, move money or otherwise participate in the economy.

Henry Balani of Accuity notes, “[R]egulation designed to protect the global financial system is, in a sense, having the opposite effect and forcing whole regions outside the regulated financial system.”

This marginalization of millions has helped many see the benefits of blockchains, cryptocurrencies and other methods that do not require significant interaction with the global financial system. Without access to traditional banks, Caribbean governments are finding no other way to ensure that their citizens will have access to payment and banking infrastructure.

With so many pushed out of the system, financial inclusion has become more than a nicety. As Paul Taylor and Juan Martinez of Swift put it in a recent article, financial inclusion is now a necessity that “needs to remain front and center, not only because it is essential to society, but also as a means of minimizing illicit flows”.

The obvious solution to this humanitarian and law enforcement problem is to find a way to bring ‘de-risked’ areas, industries and individuals back into the financial system. Cryptocurrency money transmission businesses are eager to provide solutions for the de-risked at much lower costs than traditional banks, but cannot easily obtain banking relationships.

Banks remain uncertain as to whether they will be rewarded or punished for financial inclusion efforts. All parties want to know that they are operating within the law. With this background, no financial institution or money transmission business will risk doing business with industries, individuals or regions that have been ‘de-risked’ until there is a safe harbor regulation.

The US Treasury’s Financial Crimes Enforcement Network (FinCEN) has attempted several times in the past two years to state that its regulations are clear and do not require banks to sever correspondent banking relationships. The empirical results show that this is simply not true. De-risking continues apace.

The only thing that is clear today is that banks do not know how to comply with the regulations so they err on the side of caution.

A ‘bright line’ rule with reasonable requirements and a safe harbor is the only thing that will reverse the disturbing trend of de-risking. Legislators passing the Bank Secrecy Act assured us the law wouldn’t be a burden.

Let’s go back to that sentiment and give financial institutions a way to be sure they have fully complied with AML/KYC rules.

Disclosure: Medici Ventures is an investor in Bitt.