Don’t Use Blockchain Unless You Really Need One 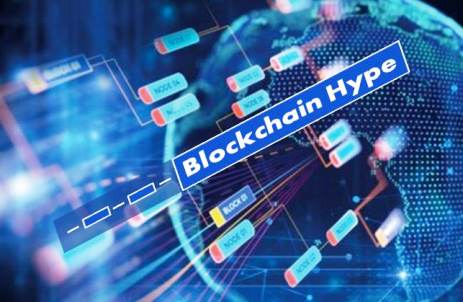 This provocative headline is a quote by Mark Hochstein, the managing editor of CoinDesk and a former editor-in-chief of American Banker.  The following article originally appeared in CoinDesk Weekly, a custom-curated newsletter delivered every Sunday exclusively to its subscribers.

This article is posted for the exclusive use of BIIA members only!

Marc Hochstein writes:  “Last month I had the plum assignment of interviewing Naval Ravikant for CoinDesk’s Most Influential in Blockchain 2017 series. During our conversation, the AngelList co-founder shared an insight that I just couldn’t fit into the profile, but it was pretty mind-blowing, so I’m going to lay it on you here.

Stepping back, for the last few years I’ve watched the cryptocurrency community’s efforts to disrupt finance and, in parallel, the self-sovereign identity movement’s attempt to decentralize control of personal data.  By studying the former, I’ve learned the importance of censorship-resistance – the inability of a third party to veto a transaction between peers.

From the latter I’ve become familiar with the concept of data portability: the notion that consumers should be able to easily and securely transfer their records from one service to another – be it a bank, a doctor’s office or a social media platform – the way they can port their mobile number when they get a new phone.

What Ravikant helped me to grok is that these two ideas are tightly related – and so the fact that both digital currency and digital identity projects are employing distributed ledgers is more than coincidence or fashion.

Because you don’t use a blockchain unless you really need it.

Despite some of the hype, blockchains are “incredibly inefficient,” Ravikant said. “It’s worth paying the cost when you need the decentralization, but it’s not when you don’t.”

Most CoinDesk readers are probably familiar with the usefulness of decentralization in a monetary context (and if you’re not, take a look at recent articles about cryptocurrency adoption in Iran, Venezuela, Russia and, ahem, the alt-right). The neutrality, censorship-resistance and openness of a permissionless network mean it will attract the odious along with the oppressed, and the software doesn’t decide which is which.

But why is decentralization worthwhile in the data use case?

“Today, every piece of content and media you have is living somewhere owned by somebody,” Ravikant explained. “Your data is inside Facebook, your photos are inside a Google silo or an Apple silo.”

Then the conversation took a turn that I have to admit made me roll my eyes at first.

“If someone creates a new Pokemon card game or a Magic the Gathering card game” online, he continued (cue my eye-roll), the characters are “living and owned by a certain company in a certain format. You can’t just go and reuse those assets.”

This is why CryptoKitties, the app running atop ethereum that allows users to buy, collect, sell and “breed” unique digital pets, is more than just a goof. Although it’s not a fully decentralized app, Ravikant said, it offers a glimmer of hope for such an innovation.

“Those assets are on the blockchain and you own that kitty and anyone can show up and remix that asset,” Ravikant said. “They could put your CryptoKitty into a different kind of game,” say a fighting game.

Yeah, I still thought, so what? But then Ravikant zoomed out the lens and talked about the broad implications of this seemingly trivial example.

“Assets that normally would have been in a silo are, in a sense, censorship-resistant to developers,” Ravikant said. “New developers come along and as long as you, the user, agree to share your content, they can reuse your content to give you new applications.”

Hence the potential of a distributed database. “Imagine if every mobile app shared the same database underneath, or had access to the same data, what they could do,” Ravikant said.

And then he tied it all together.

“All your data today is censored in terms of what boundaries it can cross and what applications it can live in,” he said. “These silos are a form of censorship.”

To be sure, Ravikant has skin in the game here (or, if you prefer to think of it this way, he’s talking his book) – he was an early investor in Blockstack, a startup trying to build a new decentralized internet where users control their data. Blockstack also used CoinList, the platform Ravikant founded and spun out from AngelList, to conduct its token sale last year.

And unlike digital cash, identity is not yet a clear-cut, proven use case for blockchains. You can read some skeptical takes on the matter from some of the smartest members of the identerati here, here and here.

Some even question the need for decentralization in this context.

“Large services that control large portions of a market gain power over individuals, but large businesses tend to stay in business longer and have more resources in case users have problems,” noted a report last year from the blockchain and smart contracts discussion group of the Kantara Initiative, an identity trade group.

“Further, there is a long tradition of innovation in client-side applications and centralized services meant to be employed by individuals for the purpose of their own empowerment,” the report continued, citing PGP encryption and ad blockers as examples.

Then again, how many people do you know outside of tech circles who use PGP, or even know what it is? Heck, how many techies you know use it?

Perhaps this is revealed preference, and most people just don’t care about autonomy – but wouldn’t they, if they took a second to think it through?

Clearly, the cause of empowering individuals in a digital world has a long way to go, and now is hardly the time for complacency. Which is why Ravikant’s vision is so captivating.

“We’re going to see a giant remixing of the internet as all the data becomes unshackled from the silo that it’s in,” he told me.  In the future, he concluded, “any data you own … will be under your control and you’ll be able to pass it into any app.”

Source:  CoinDesk Weekly, a custom-curated newsletter delivered every Sunday exclusively to its subscribers.