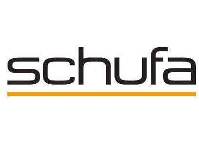 The former president of the German Constitutional Court, Dr. Hans-Jürgen Papier, has accepted the independent position of Ombudsman at Schufa, one of the leading consumer credit information companies in Germany.   The position became vacant due to the untimely death of Dr. Winfried Hassemer.

The position of Ombudsman was established by SCHUFA sometime ago on a voluntary basis.  It is a neutral institution, and the handling of disputes with Schufa are free of charge for consumers.  In out-of-court dispute resolution procedures, the Ombudsman acts as an independent intermediary between consumers, SCHUFA and their contracting partners. He is not bound by any instructions and annually publishes a report on the results of activities.

Dr. Papier was president of the German Constitutional Court from 2002 until 2010.  He is Emeritus professor of public law at the Ludwig-Maximilians-University in Munich.