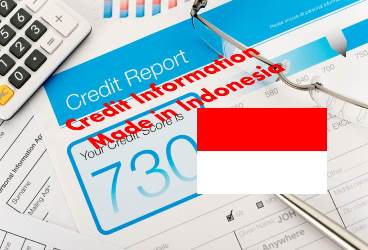 When the Financial Services Authority (OJK) announced last year that it would develop a new credit reporting system, called the Financial Information Service System ( SLIK ), a new phase of a more mature credit system of notification emerged in Indonesia. Over the past 4 decades, there was only one public credit registry, namely the Debtor Information System   ( SID ), as a mainstay system on which millions of lending decisions were based.

The SID is basically a system that collects comprehensive information on each debtor registered with financial institutions in Indonesia. The information is supplied by the institutions, such as banks and financing companies, mostly on a mandatory basis. In return, the institutions can freely tap the SID database to gather necessary data before they make a decision on granting a loan. This process is known as BI checking in everyday terms.

The incorporation of the OJK in 2012 provides a strong foundation for a better financial industry in Indonesia. Under Act No. 21 of 2011, the OJK effectively takes over some functions formerly held by the Central Bank ( BI ); one of them is the responsibility for regulation, supervision and the development of a credit bureau.

SLIK, expected to be fully functional in 2018, marks the beginning of new era in the country’s credit reporting system. Not only does the new regime promise to provide a more robust, reliable and higher-quality performance, but it will also give private credit bureaus ( PCB ) the opportunity to tap into its database.

The OJK’s move to enforce the dual credit reporting system is a step in the right direction toward a more robust credit industry. The SLIK system, which eventually will also feature borrower information registered at the smallest rural banks, is something to look forward to.