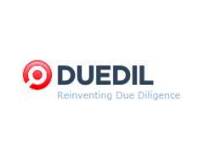 Duedil’s free-to-access database brings together a wide range of company info — including Companies House data and credit ratings — in a simple interface. Users can search for accounts, shareholders and company directors. The company was founded by New Yorker Damian Kimmelman, who says the company, whose user base has grown around 20 per cent per month, is “close to turning a profit”.

In addition to Duedil there were other notable startups:

“London is on top of its game,” says Joanna Shields, CEO of the UK government’s Tech City initiative. “It has New York’s urban diversity, LA’s concentration of media, film, TV and creative industries and Washington DC’s proximity of government, all in one place.”

The three-year-old state project has been responsible for tax breaks for investors, the introduction of visas for entrepreneurs and the addition of a new division on the London stock exchange, the High Growth Segment. A number of high-growth companies were snapped up in the first half of 2013, including Summly and Mendeley, acquired by Yahoo! respectively and Reed Elsevier