E-commerce Update: The Next Amazon-Alibaba Battle Will Be Fought in Southeast Asia 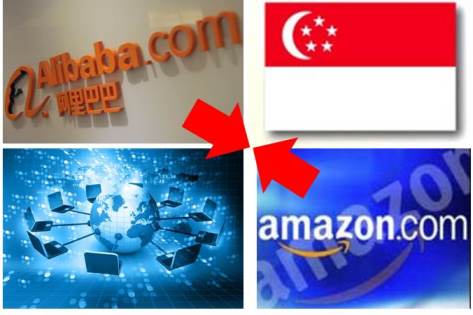 In what is seen as a direct assault on Alibaba, ecommerce firm Amazon has entered the Southeast Asian market by launching Prime Now in Singapore.

The move marks the first foray for Amazon in Southeast Asia, a region Alibaba has been expanding in as well. The latter recently raised its stake in Lazada, one of the local leading online shopping companies.

The Amazon announced that with Prime Now, consumers will get delivery on tens of thousands of items within two hours for free if customers spend 40 Singapore dollars ($29.40) or more.  For orders under that threshold, two-hour delivery is S$5.99. Customers can also get their Prime Now order with one-hour delivery for S$9.99. The same day delivery covers items such as milk, eggs, beer, fresh produce, toys and consumer electronics to name a few. The feature is part of its Prime membership that gives subscribers free shipping among other perks. (See also: Amazon’s Biggest Rivals in India Close to Merging)

In an interview with CNBC, Henry Low, Director of Prime Now for Asia Pacific, said the company looked at what customers in Singapore wanted to have and worked with local vendors to make them available for delivery. He said that while Prime Now is only available to Prime Members, Amazon is offering it to non-members in Singapore for a limited time so that they can try the service without paying the annual subscription fee. Amazon Prime membership service will soon come to Singapore as well, the executive said without providing a time frame for when it will launch.

It’s no surprise the U.S. ecommerce giant would set it sights on Southeast Asia, which is expected to be the next bastion of growth for ecommerce. It has a growing number of internet users who are starting to embrace online shopping.  A report from Google and Temasek Holdings, the Singaporean investment firm, forecasts the internet economy in Southeast Asia will increase to $200 billion by 2025, driven in a big part by ecommerce.