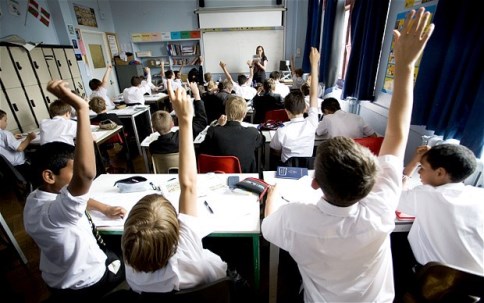 Pearson PLC announced it plans to cut about 4,000 jobs and forecast that earnings would miss analysts’ estimates as the UK education company struggles with slowing demand for textbooks and dwindling college enrollments.

The cuts are equivalent to 10 percent of the workforce and a majority will be completed by the middle of the year, the London-based company said yesterday.  Earnings, excluding some items, are expected to drop to between ￡0.50 to ￡0.55 a share this year, Pearson said, the second time in three months that its forecast has disappointed investors.  Pearson has only just emerged from a previous reorganization that began in 2013 and also included thousands of job cuts.

The company, which now focuses entirely on education after selling the Financial Times newspaper and a stake in The Economist magazine last summer, plans to spend ￡320 million (US$454 million) this year to cut costs and fuel growth in its largest markets, most notably the US.   Perhaps this sole focus on education has become Pearson’s Achilles’ heel.  One cannot rely on consistent government year-on- year spending on education.