Elane Stock Elected to Equifax Board of Directors 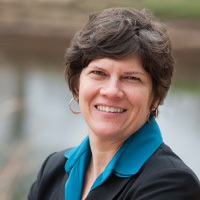 Elane B. Stock has been elected to the Board of Directors, of Equifax effective January 1, 2017.  She will also serve on the Board’s Technology Committee.

Following Ms. Stock’s election, the Equifax Board will consist of 12 directors, including 11 independent directors.  The election of Ms. Stock is part of the Company’s normal succession planning process in connection with the scheduled retirement of three independent directors over the next two years.Since 2014,

Ms. Stock intends to leave Kimberly-Clark in the first quarter of 2017 to pursue other interests.  Prior to Kimberly-Clark, Ms. Stock was the National Vice President of Strategy for the American Cancer Society from 2008 to 2010 and Regional Manager of Georgia Pacific’s (Koch Industries) Color-Box business from 2007 to 2008.  She has also held progressive management positions at McKinsey & Company, both in the U.S. and Ireland, where she attained the position of partner and managing director of the Dublin, Ireland office.  Ms. Stock currently serves as a director of YUM! Brands, Inc.