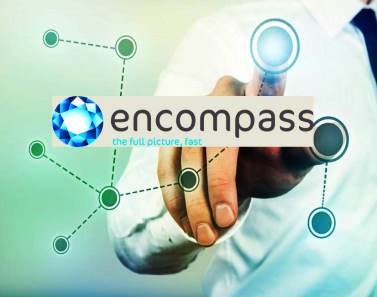 Encompass Corporation announced the appointment of Roy McKelvie as chairman.  Roy graduated with a BSc in Production Engineering at the University of Strathclyde, and with an MBA from the University of Edinburgh Business School.

Roy is the Chairman of the Investment Board of AMB Capital Partners and of Condor Energy, and a Director of a number of other companies. He is an expert in M&A and private equity across global regions and industries. His former executive roles include MD and Asian Head of Deutsche Bank Capital Partners in Hong Kong, Managing Director and CEO of Gresham Private Equity, and CEO of Transfield Holdings. With his new appointment, Roy will split his time between the company’s base in Glasgow and Sydney, Australia

Encompass Corporation has appointed former CEO of the Asset Based Finance Association (ABFA), Kate Sharp, as an industry advisor. Kate will be responsible for supporting and accelerating the company’s growth as a supplier of innovative visual analytics technology to the UK’s asset based lending, factoring, and invoice discounting industries.

Kate served as CEO of the Asset Based Finance Association from 2003 to 2014. She significantly raised the profile of invoice finance within Government which ultimately resulted in significant changes to UK legislation in respect of bans on assignment. Kate was also instrumental in setting up the EU Federation for Factoring and Commercial Finance (EUF) and was made an honorary fellow of the Institute of Credit Management .