Encompass: Is FinTech’s ‘Third Wave’ About to Break? 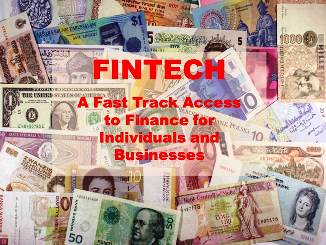 It is not so long ago that the first swells of FinTech landed on the beach of the banking world. Now, it appears that a big wave is about to break that could fundamentally shift how finance operates.

This was the first wave of FinTech. And it was going to change everything.

But, of course, the big banks didn’t go away. They were such a fixture of the economy that it is almost impossible to supplant them, no matter how brilliant your idea, how agile your approach to development or creative your strategy for taking it to market. Ultimately, they have too many resources at their disposal for any of the FinTech startups to truly challenge the status quo.

The established banks did, however, recognise that these new companies were identifying needs in financial services that they themselves had not. Now, almost every incumbent bank is pouring significant investment into ‘innovation’ departments to try catch some of that start-up magic and culture for their own firm.

That’s where we are now – the second wave of FinTech. The big banks are starting to catch up with innovations of these disruptors.

But we are about to catch a third wave.

Soon, many of the FinTech startups that have eaten into the market share of the established banks will partner up with the companies who not so long were the competition.

As has widely been reported, the growth and investment in FinTech is astounding, swelling from $4b in 2013 to $30b in 2016. As happens in any industry, when the investment picks up so do the ears and eyes of big business.

The big banks are smart enough to recognise that they aren’t able to foster the same sense of innovation and agility within their own companies, but that the ideas created by smaller companies will prove to be the ones which really engage with the market going forward.

When big ideas and big money come together you can expect some big developments.

FinTech is maturing fast, and the evolution will prove fascinating as the technology changes the way financial services operate. Everything from M&A and investment in corporate banking right down to transactions in your local shop are being impacted by the way technology is being integrated.