Enterprise Blockchain May Finally Be Ready for Its Breakout – Maybe? 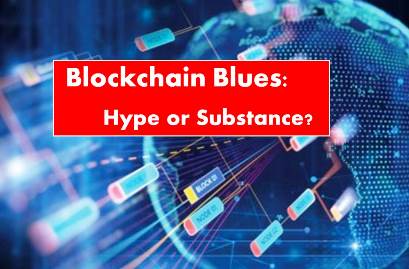 The reason for that optimism, it turns out, is that even if the blockchains didn’t become real for businesses in 2017, they did become tangible in terms of technology. And now that the software has been built, those working close on development say live trials are just around the corner.

“All these experiments and proofs-of-concept were not done in a vacuum and they were not done for fun,” said Charley Cooper, managing director of the R3 distributed ledger consortium, which has its own series of live applications in the final stages of launch. He told CoinDesk: “They were done to bear out what could and could not be done effectively on the technology, and what we felt would be meaningful commercial opportunities.”

In short, making blockchain real is no longer abstract, it’s on the verge of being good business.

The software is ready:  But to understand how the abstract utopia of cryptocurrency becomes more than just a business interest, one needs to revisit a slew of successes that have flown under the radar.

Most recently, groups of financial institutions and enterprises (R3, the Linux-led Hyperledger consortium and the Enterprise Ethereum Alliance) have all seen major software milestones. For example, computing hardware giant Intel last week launched Hyperledger Sawtooth 1.0 to the Hyperledger code repository. Created in partnership with more than 50 coders representing dozens of companies, the software joins the IBM-contributed Hyperledger Fabric and R3’s Corda as the latest blockchain solutions to release a version intended to give developers a sense of confidence.

Building on these solutions, versions of the open-source software platforms that can be monetized have also hit the market.

Last year, IBM launched IBM Blockchain, an enterprise-grade version of the software, and later this quarter, R3 will do the same with its own Corda platform, dubbed Enterprise Corda.  These commercialized versions of open-source software will, in turn, enable a number of industry-specific blockchain applications. Last year, Walmart, Kroger, and Nestle helped launch a food tracking network using IBM Blockchain, and new solutions are expected to be explored this year, according to a representative of the company.

In a similar way, R3’s Corda Enterprise is already in limited use with live applications from both Finastra and HQLAx. Both are expected to be available in the first half of 2018, according to Cooper.

Also, JPMorgan’s Quorum – which has been the most public solution associated with the Enterprise Ethereum Alliance – launched into version 2.0 last November, and for the strength of the team behind the software, it’s worth keeping an eye on.

With the software laid down, it’s also a safe bet there will be advances on the idea that blockchains can and should connect in order to assuage businesses wary of investing in the wrong tech, or being worried about getting boxed out of future business opportunities. As an early example, last August Monax integrated with Hyperledger Sawtooth to enable ethereum smart contracts on the platform, and a few months later Deloitte spin-off Nuco helped gather a group of companies specifically to address interoperability.

In a move that stands to accelerate similar integration, a version of Interledger, originally created by Ripple specifically to facilitate interoperability, has already been contributedto the Hyperledger consortium. For an idea of what this could mean in a bigger context, last June, Interledger was successfully tested across seven different ledgers, including multiple blockchains.

The chairman of Hyperledger’s technical steering committee, and CTO of IBM’s open technology, Chris Ferris told CoinDesk interoperability would play a crucial role in 2018: “Whether that’s Fabric and Sawtooth working with Burrow, or whether its Fabric and Sawtooth projects working with Indy, and collaborating on those various technologies, those are the kind of things we’re starting to see.”

Ripple and Swift will change the game

Also likely heightening business interest will be blockchain’s observable impact. Indeed, one of the most notable trends this year could end up involving Swift, the inter-bank messaging platform that was early on identified as the ultimate middleman.  Last year, the member-owned network of banks and other financial institutions revealed a successful proof-of-concept aimed at reimagining the nostro-vostro accounts used by companies to store cash around the world, and in January, it signed an agreement with seven central securities depositories to evolve the way the centralized organizations might leverage blockchain.

But while this might look innovative in its own right, Swift’s moves are more interesting if you consider Ripple, the blockchain startup that in 2012 set out to disrupt it.

While Ripple was a scrappy Silicon Valley startup for years, it’s unique – and controversial – approach to offering public and private blockchain technology has transformed it into a juggernaut.  At today’s XRP price of $0.84, the 61 billion XRP Ripple owns is worth about $51 billion, though much of that is locked up in smart contracts designed to restrict the company’s access.  It’s likely that Ripple’s executives won’t waste any time putting the funds they can access to work, as they’ve already shown they’re willing to spend money to make the case a distributed ledger solution can save clients money – even throwing conferencesto prove it.

Will Ripple evolve to challenge Swift on messaging? Will it continue to emphasize its ability to provide better market liquidity? Or will it do both? It remains to be seen.

Time will tell, too, how Swift responds, but be sure that businesses are likely to take notice if the feud continues to attract global headlines.

While networks of companies remain at the center of where most people in blockchain think the technology is headed, a few leaders from both the legacy firms and startups will likely continue to chalk out their own territory.

Look for UBS to continue its own leadership role among a consortium of other banks, building on its plan to use a private version of the ethereum blockchain to speed along the newly implemented Mifid II regulatory requirements in Europe. The Swiss bank is also taking a leading role in Utility Settlement Coin (USC), which is exploring the potential benefits of blockchain for central banks.

Beyond financial applications, some of the largest companies in the world have spun off their own blockchain startups to help commercialize their work.

Also, traditionally described as one of the “Big Four” accounting firms, Deloitte has made a concerted effort to transform itself into a technology consulting firm by helping its clients navigate the blockchain space. Importantly, it’s also begun to evolve the traditional understanding of what accounting itself looks like in the age of blockchain.

As an example of an even more independent operation undertaken by a legacy firm, the maker of Mercedes-Benz last year issued a $100 million bond on a private version of the ethereum blockchain. This year, Daimler has confirmed it is continuing it’s blockchain work on a number of other – yet unspecified – blockchain projects. “Our work on blockchain is ongoing,” said Hendrik Sackmann, a senior Daimler communications manager.

Another change on the horizon could be an increased willingness by enterprises to talk about – and even publicly explore – cryptocurrencies.

Most notably, among this group, is IBM, which last year revealed work with cryptocurrency startup Stellar and is now looking at ways to explore open blockchains in cross-border payments and last week revealed a test called Fabric Coin designed to demonstrate how the blockchain works. Perhaps the most similar of these startups to the enterprises exploring blockchain via consortia is Multichain, which last year revealed a number of new partners in its own consortium, followed closely by the launch of its own open-source version 1.0 enterprise software.

Unlike enterprise consortia, while Multichain does not require the use of a cryptocurrency, it is designed to easily integrate with the bitcoin blockchain.  Leading the way with another cryptocurrency, is ConsenSys, a collection of startups that are working both independently and with enterprises to leverage both private and permissioned versions of the ethereum blockchain and its accompanying cryptocurrency ether.

Hidden among this rapidly maturing blockchain startup community are also a number of sleeper startups that could be up to similar game-changing projects.

The most notable of these sleeper startups are Tradewinds, the blockchain spin-offbehind the IEX exchange made famous in Michael Lewis’s “Flash Boys,” which is expected to emerge later this year with some big news, and two startups from within R3: Post Oak Labs, a fintech consultancy with blockchain roots and DrumG, building products for clients using Corda.

What each of the blockchain startups catering to enterprises have in common, according to Hu Liang, founder of another leader in the space, venture-backed blockchain operating system, Omniex, is some rather unusual positioning, from a historical perspective. Unlike most financial innovations, which are led by commercial consumers, blockchain started the other way around, leaving enterprises to catch up.

Liang, who previously worked at bank and asset managing giant, State Street, told CoinDesk: “Crypto is the only asset class in history that was initially driven by the retail community. Because of the run-up in that price it obviously has brought up the interest of institutional investors.”

Disclosure: CoinDesk is a subsidiary of Digital Currency Group, which has an ownership stake in Ripple