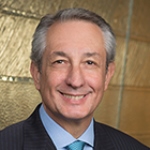 Mr. Barros has more than 25 years of managerial and leadership experience within the telecommunications, food, automotive, glass and chemical industries.

Before joining Equifax, Mr. Barros was the founder and president of PB&C – Global Investments (LLC), an international consulting and investment firm. Previously, Mr. Barros was the president of Global Operations for AT&T, which has a presence in 135 countries. In this role, he was responsible for leading enterprise businesses in international markets on five different continents. Mr. Barros held several executive leadership positions at the BellSouth Corporation before it was acquired by AT&T in 2006, including chief product officer, president of BellSouth Latin America, regional vice president of Latin America, as well as chief planning and operations officer.

Prior to working for BellSouth and AT&T, Mr. Barros served as corporate vice president and general manager – Latin America Group for Motorola, Inc. and was corporate vice president and general manager of Market Operations – Americas for Motorola, Inc. He also held a variety of positions with The NutraSweet Company in Chicago and Monsanto Company in both St. Louis and Sao Paulo, Brazil.

A native of Sao Paulo, Brazil, Mr. Barros received degrees in Mechanical and Electrical Engineering in Brazil as well as an MBA from Washington University, St. Louis in 1991.