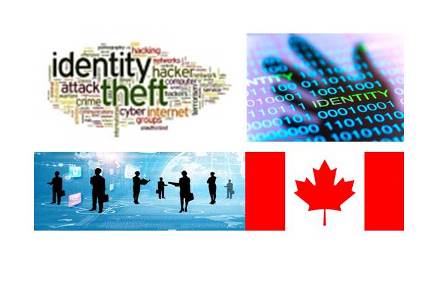 Equifax Canada (NYSE:EFX) – Millennials are the leading target for fraudsters according to new data from Equifax Canada, which flagged this age group for 49 per cent of all suspected fraud applications in its fraud management database last year. “Younger adults are being targeted because too many make it easy for fraudsters to gain access to their personal information,” said Tara Zecevic, Equifax Canada’s Vice President of Fraud Prevention & Identity Management. “Education and better protection is needed given the fact that on average millennials are less likely to double check their credit card statements, change their passwords, and install or update security software on personal computers.”

Consumers concerned about fraud can learn how to better protect themselves via The Little Black Book of Scams from the Competition Bureau. Likewise, the Canadian Anti-Fraud Centre offers tips on how people can avoid fraud.

To gauge how Canadians are trying to avoid fraud Equifax also conducted a consumer survey. The numbers below compare millennials against Canadians aged 35-plus. Millennials scored the lowest among all age groups in taking the following preventative measures:

Surprisingly, millennials took the top spot for checking their credit report (26 per cent) to help spot signs of identity theft. Older Canadians (55 and older) and college and university educated Canadians are significantly more likely (over 95 per cent) to have done at least one thing to protect their personal data over the past 12 months.

The survey also found that millennials are significantly more likely to say there are some situations in which they would not report fraud (26 per cent), while older Canadians are nearly always going to report fraud if they are a victim (+90 per cent). Of additional concern, 41 per cent indicated they didn’t believe fraudsters would target them because they didn’t have enough money.

“Fraudsters can do a lot of damage with the smallest amount of personal data,” adds Zecevic. “It’s not necessarily your money they’re after. With your personal information, they can open bank accounts, take out credit cards and apply for loans in your name. Without ongoing credit monitoring in place, it may take time to discover this kind of crime and it will certainly take a considerable amount of time to undo the damage that they can inflict on your credit file.”

For parents concerned about their millennial children becoming victims of fraud, Equifax has a new product (Equifax Complete(TM) Friends and Family) that provides credit monitoring and identity theft protection for two adults. Alternatively, an invitation can be extended to a friend, an aging parent or a spouse. The person doesn’t need to be living under the same address and alerts can be shared with both people covered by the subscription so nothing goes unnoticed.