European Commission Unveils ‘Data Economy Package’ – What’s included and how could it impact the information sector? 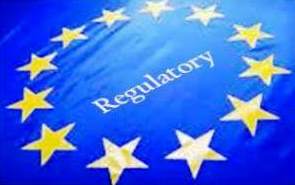 This article has been produced to provide a summary of the proposals contained in the three initiatives and to highlight the possible impact they could have on the information sector.

The proposed new E-Privacy Regulation includes significant changes to the current framework that, if enacted in its current form, would impact a wide range of companies that operate online.  Among other things, the draft introduces new rules in relation to traffic and location data, modifies the controversial “cookie” rule, and aligns fines for breach of the proposed Regulation with the GDPR – meaning a maximum fine of up to 4% of annual worldwide turnover for certain breaches.

Significant changes to the current framework include:

The draft proposed Regulation is envisaged to apply from May 25, 2018.  The proposed regulation, if adopted in the form proposed, would be significant for the information industry, although a draft would have a long way to go before enactment.  (The GDPR took four years to finalize from the point it was first proposed.)  The European Parliament and Council will review the proposal before all three institutions debate its provisions in trilogue.  This process will likely result in amendments to the proposed Regulation.

The Data Protection Directive, and soon the GDPR, provides the foundation for the free flow of personal data throughout the EU.  However, Member States have imposed data localization restrictions for various reasons (e.g., in relation to patient health records, for auditing or law enforcement requirements).  In addition, the GDPR and Data Protection Directive only provide for the free flow of data within the EU in relation to personal data, not non-personal data.

The Communication sets out to address these data localization requirements and transfer barriers.  In addition, the Commission uses the document to address “emerging issues” that the Commission believes could lead to problems in the growing European “data economy” (a loose term that refers to the growing network of industrial data, machine-generated data related to the Internet of Things, and data pools generated by and for autonomous machinery, self-driving cars, and machine learning tools).”

Despite original intentions, the Commission avoided proposing legislation prohibiting data localization restrictions in the Communication.  Instead, it proposes engaging in “structured dialogues with the Member States and other stakeholders on the justifications for and proportionality of data location measures.”  Based on the results of the dialogues, the Commission may then “launch infringement proceedings to address unjustified or disproportionate data location measures.”

Emerging Issues in the Data Economy

In addition to the proposal to consult on data localization requirements, the Commission also floats proposals to address what it sees as “emerging issues” relating to the interdependent “data economy” (e.g., of machine-generated data, the Internet of Things (IoT), and machine-learning algorithms).  Proposals discussed include:

Exchanging and protecting personal data in a globalized world

The Commission plans to expand mechanisms for data transfers out of the European Union in the coming months and years. The Communication issued on this topic discusses a number of topics:

About the Author:  Neil Munroe is Deputy Managing Director of BIIA.  He is also Principle Consultant of CRS Insights Limited:  Neil comes to BIIA with 35 years’ experience in the financial services and credit reporting industries. For the last 12 years he was responsible for External Affairs and Communications at Equifax, which involved extensive customer, industry body and government liaison, monitoring regulatory and other external affairs that could influence the credit reporting industry in the UK.  Since 2009 Neil is serving as president of ACCIS, the Association of Consumer Credit Information Suppliers.  Neil Munroe can be reached at:  neilm@crsinsights.com