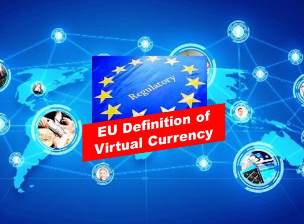 In this opinion piece, Jacek Czarnecki, an attorney at Warsaw-based Wardynski & Partners, discusses a new proposal in the European Union aimed at terrorist financing, and its potential larger implications for the blockchain sector.

The European Commission this week adopted a legislative proposal meant to bring virtual currency exchanges and custodian wallet providers under the scope of the EU’s Anti-Money Laundering Directive (AML).

This step should have been expected, as it has been clear that the European Commission wanted the AML regulatory framework to be extended. However, the importance of the proposed laws still can go beyond AML regulations.

Perhaps the most far-reaching consequences could be triggered through its introduction of a legal definition for “virtual currencies”, the first under EU law.

According to the proposal, “virtual currencies” means:

“…a digital representation of value that is neither issued by a central bank or a public authority, nor necessarily attached to a fiat currency, but is accepted by natural or legal persons as a means of payment and can be transferred, stored or traded electronically.”

This definition is broad and also technologically neutral (theoretically not limited to cryptocurrencies such as bitcoin).

Further, it has two main parts: a broad concept of a “digital representation of value“ not issued by a public authority, and requirement that it is accepted as a means of payment (without specifying what scale will be sufficient enough) and has electronic form.

It seems that while the definition is broad, doubts may emerge how to treat cryptocurrencies like ether, the native currency on the ethereum blockchain. For instance, ethers are traded on exchanges, but rarely serve as means of payments.

From 1st January, 2017 onwards, the definition will have to be included in all member states’ relevant AML laws. In many of these countries, it will be the first time cryptocurrency will be intended to be covered in law.

While the definition will have direct application in the AML regulations, it is probable it will affect other laws.

It means that the introduction of definition of “virtual currencies” can potentially be an anchor in the EU countries’ legal systems. Courts and public authorities will no more need to construe their own definition (sometimes tailored to particular aims), but will have to at least take into account the legal definition present in the AML laws.

Still, it could prove a useful instrument for national financial regulators or tax authorities, who until now did not have an anchor point in the law. Now, they will be able to use an established definition.

Whether it’s one that will stand the test of time, or enable the technology to grow and compete in the region, however, remains to be seen.

Disclaimer: The views expressed in this article are those of the author and do not necessarily represent the views of, and should not be attributed to, CoinDesk.