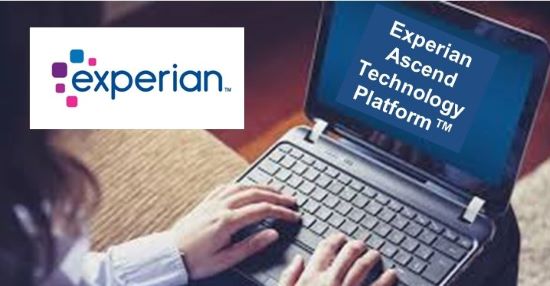 Today’s successful businesses rely on the latest market intelligence and the most up-to-date consumer insights. Since launching less than eighteen months ago, the Experian Ascend Technology Platform has been helping businesses, including 15 of the world’s top financial institutions, stay ahead of rapidly changing consumer behaviors by leveraging the power of data, artificial intelligence and machine learning.

The Ascend Analytical Sandbox was the first solution built on the Ascend Technology Platform. Like the name suggests, a sandbox is an environment that contains all the data and analytics tools needed to create, build, and gain insight from data. Experian’s hybrid-cloud system gives businesses instant access to more than 17 years of depersonalized credit data on more than 220 million U.S. consumers, as well as alternative data, commercial and auto data and other exclusive data assets. With the Ascend Analytical Sandbox, businesses also have access to industry-leading analytics and data visualization tools, including SAS, R, Python, H2O, Tableau and others, to mine and manipulate data, combine it with their own and view accurate consumer stories in near real-time.

“The Ascend Analytical Sandbox has truly been an incredibly successful product launch for Experian. The benefits available through this tool are exactly what businesses have been asking for – faster and more informed lending decisions with greater accuracy,” said Alex Lintner, Group President Experian Consumer Information Services. “It’s not just traditional lenders who are benefitting. Our partners in FinTech, retail, mortgage, auto and insurance are also seeing how we are connecting everything – the data, the technology and the insights to create real business opportunities.”

OneMain Financial, a lender with over $16 billion in assets, turned to Experian to improve its risk modeling and credit portfolio management capabilities. Since using the Ascend Technology Platform, the company has seen significant improvements in reject inferencing – a process that looks at the performance of loan applicants who were denied in the underwriting process. This process has traditionally been expensive, manually-intensive and time consuming. According to OneMain Financial, the Analytical Sandbox on Experian’s Ascend Technology Platform has shortened the process to less than two weeks from up to 180 days.

Like many businesses, OneMain Financial sees Experian’s Ascend Technology Platform and Analytical Sandbox having an impact beyond core risk modeling. For example, the company also uses the platform to gain market insights and understand market share. Through the anonymized database in the Analytical Sandbox, OneMain Financial calculates its share percentage in various loan categories, including credit score and geography, to make more informed decisions around business and marketing strategies.

“The use cases available through Experian’s Ascend Technology Platform are endless,” added Kortering.

To request a demo and learn more about Experian’s Ascend platform and suite of products including the Analytical Sandbox, please visit http://www.experian.com/consumer-information/ascend.html