Experian EMEA: Around three out of four predict traditional business models to be obsolete within the next five years 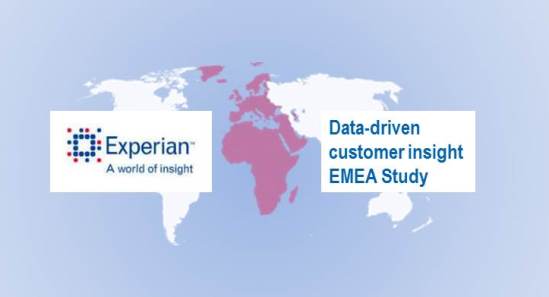 Data-driven customer insight is now a top commercial priority for more than four out of five (81%) traditional businesses as they aim to close the gap on leaner, new-to-market digital disruptors, it has emerged.

A commissioned study conducted by Forrester Consulting on behalf of Experian, also shows the majority of CEOs (66%) now acknowledge many of their current commercial approaches are ineffective, they’re operating within a digital divide and need to quickly increase budgets to catch up and improve customer experience and customer management.

But at the same time, nearly three out of four (71%) businesses admit they lack the ability to accurately transform data into rich insight and now regard investment in both areas as a top-five business priority for the year ahead.

The findings also highlight that only the very best-performing customer-centric businesses will thrive given the direct links between cyber-security and commercial performance. Around 42% of boardrooms now regard it as among the biggest blocks to success – ranking it only behind competitor activity. Of these, less than one in four (23%) are confident their current fraud prevention strategies were effective against the new breed of online fraudsters.

The study was conducted among 380 CEOs and senior business leaders working right across Europe, the Middle East, and Africa. Many are saying the same things as they face up to a host of common challenges.

The findings are published in forthcoming report Winning in the customer era. It also highlights current board-level thinking on a host of other critical commercial areas including fraud, customer management best practice and emerging digital trends.

Charles Butterworth, Managing Director, Experian, EMEA, says: “It’s clear from the research just how critical data-driven customer insight is in today’s business climate. We’re helping organisations across the globe connect the dots by turning data and using analytics to create actionable insight and drive decision-making – it’s what we do.

“The findings reflect a host of common challenges faced by boardrooms everywhere – be it the pace of rapid innovation, fierce competition and rising customer expectations. But all admit dealing with sophisticated fraud while balancing the challenges of friction and consumer safeguards are key commercial priorities.  “Many business leaders also realise they must quickly adapt and evolve existing ways of working to be successful and remain competitive – or to even survive.”

The Forrester report says: “Our study revealed that organisations are struggling to get it right with 70 per cent of organisations saying they are not delivering effective digital customer experiences and two-thirds highlighting that their organisations do not have a single-view of the customer.

“Time is running out. Nearly half of C-level respondents are worried about external competition, with 73 per cent firmly believing that traditional business models will disappear in the next five years due to the digital revolution.”