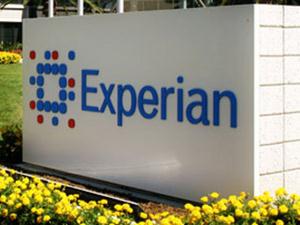 Reporting directly to Marco Benvenuto, Managing Director for EMEA Key Markets, Jawwad Rehman, will lead a strong sales team, consultants and technical experts – all focused on expanding the Experian footprint in the region.

Marco Benvenuto says: “Jawwad is a fantastic addition to the team at a crucial moment in our evolution. He will be instrumental in executing on our growth strategy, helping regional businesses and organisations unlock value from their data and improve decision-making through Experian’s state-of-the art software and services including decision analytics and fraud prevention capabilities.”

Jawwad brings with him over 23-years’ extensive industry and market experience, having previously held leadership roles within various multinational IT companies in the Middle East.

He started his career with Microsoft in 1993, in the US and went on to spend 15 years with the company. When Microsoft launched its operations in the Middle East in 1997, Jawwad moved to Dubai. By 1999, Microsoft had appointed him as country manager for parts of the Gulf and Mediterranean region, a role he went on to manage for almost seven years. In 2006, Microsoft promoted him to the post of global corporate director and brought him back to its US headquarters in Redmond, Seattle. This role saw Jawwad adopt a global focus and lead a worldwide team to successfully deliver a strategic global ISV strategy across 140 countries.

Jawwad went on to be appointed as Cisco’s regional head of business and operations, overseeing sales operations in seven Gulf states. Post-Cisco, Jawwad turned towards a start-up and co-founded the Middle East’s first cloud & SaaS provider, which he ran for three years. More recently, Jawwad established the regional operation of a Boston-based start-up concentrating on Big Data, analytics and search technologies.  Jawwad graduated from University of Washington,

Michael G. Foster School of Business in Seattle Washington, a business school on the west coast of United States.