Facebook Isn’t So Good at Judging Your Credit After All 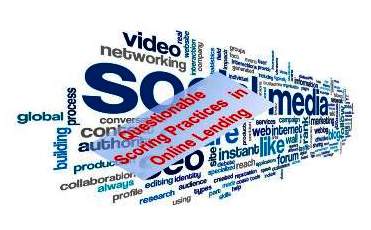 An article in the Wall Street Journal opines that online lenders drop plans to use social media to gauge creditworthiness as regulators balk; plus, one startup says, ‘It’s creepy’.  Another statement says: “In the growing business of online lending, Facebook was supposed to be the new FICO. No longer.”

We at BIIA always felt that the usefulness of social media in credit assessment was vastly overstated. We are not so much alarmed about the use of social media data, but about the irresponsible scoring models used by some online lenders.

Perhaps the time has come when online lenders come home to the roost of traditional credit reporting.  Online lender ZestFinance gauges creditworthiness based on thousands of data points as far afield as how you type—the firm says it has found that people who fill out forms in all capital letters are more likely to fall behind on a loan. But CEO Douglas Merrill says the Los Angeles firm hasn’t used borrowers’ Facebook network or other social-media signals to help determine creditworthiness.  “All data is credit data,” said Mr. Merrill, a mathematician and former chief information officer at Google Inc. who founded Zest in 2009. “However, we do a subjective calculus,” choosing what data to use, he says, adding, “We’ve determined it’s creepy to use social media.” He also said that current regulations wouldn’t allow it.