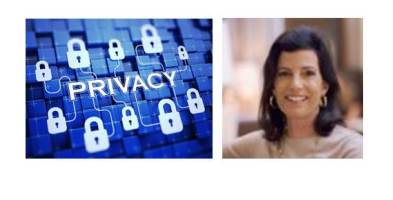 Cambridge Analytica shows Facebook is blind to the fact that users are just a click away from saying enough.

Mass media has been programming and controlling what we view since TV and radio began. Let’s face it, there really isn’t a whole lot that’s new about what how it manages and manipulates its audience, but there is one difference today: these tactics are on steroids. We have devices, two-way interaction, algorithms, and AI galore. Tell most any consumer they’re being manipulated by Facebook, and they’ll either deny it or yawn and say, “so what.”

That brings us to Cambridge Analytica. Two things stuck out in a recent (well written) New York Times article about Facebook’s newest debacle.

First:  “’We thought that every app could be social,’ Mr. Bosworth wrote. ‘Your calendar should have your events and your friends birthdays, your maps should know where your friends live, your address book should show their pictures. It was a reasonable vision but it didn’t materialize the way we had hoped.”

One word Mr. Bosworth uses over and over speaks to Facebook’s arrogance: “should.” Who is Facebook to tell any consumer what they “should” want. If you want to use their platform, I guess there’s no choice. Facebook is going to decide what’s best for you, and the human race will follow like Lemmings in Apples’ 1984 commercial. Ah, the arrogance of the technocrats who know more about our well-being than we do. Shame on them for thinking their “should” is consumers’ need.

As for the second thing that stood out:  “In Facebook’s case, permissive data policies were also good for business. Third-party developers built millions of apps on top of Facebook’s platform, giving Facebook users more reasons to spend time on the site and generating more ad revenue for the company. Restricting access to data would limit Facebook’s usefulness to developers and could drive them to build on a rival platform instead, making those products better …”

This line speaks to where Facebook is weak. Vulnerable. Making matters worse, they don’t think they are. Maybe the loss of a few billion dollars from Mr. Zuckerberg’s wallet in the short term doesn’t put much of a dent in things, but watch history and it shows hubris always sneaks up with a swift kick to the rear. It’s only a matter of time.

You see Facebook leadership wants us to believe the company is all about the user experience, but the reality is Facebook is entirely about the advertiser and the cash machine it represents. Time and again their action speaks louder than words. They say they are about the user, but their actions repeatedly point in the opposite direction.

And here’s the memo: Facebook is as only as good as their users, and if the users walk, Facebook doesn’t have a value proposition.

Facebook is like the leader who forgets that he or she leads only because they have the permission of those who follow. From murders caught live to the inexplicable sharing of data with Cambridge Analytica, from viral distribution of fake stories to holes in Messenger, Facebook is persistently blind to the fact that users are only a click away from leaning in and saying enough.

Yes, good things happen on Facebook. It can warn people in emergencies, identify people lost in a natural disaster, and keep us in touch with our friends. But when the manipulation goes too far, when enough data leaks out, Facebook is only as strong as the users who choose to stay. Right now, it’s giving too many users a reason to walk away.

What would happen if every person in the US and UK went on strike from Facebook for a day? For a week? Try a month. I dare you.

Consumers speak with their voices and the louder the voice the stronger the force. We are all one click away from saying enough to Facebook. If only Facebook leadership got the memo.

My advice to Facebook executives: show contrition and mean it. Hire an ombudsman who understands advocacy, is trusted, and given clout. If Mark Zuckerberg doesn’t begin the search today for his successor, the board must demand it. Only then will the board send a message to leadership that the culture of data complacence must stop. Why doesn’t it herald case studies that feature user experience and privacy policy transparently trumping advertisers when there is a potential conflict? Make the privacy and opt out buttons easier to access and when people say opt out, then make it easy for users to really cancel their profile.

Without a concerted effort to change the culture around data privacy, regulators are going to do it for them. GDPR is on its way. Media has long been regulated, and it’s just a matter of time before social media behaves the same way. It’s more powerful than any single digit TV channel was and is. If Facebook can’t get its act together, consumers will have to speak up with their opt out button and regulators will have to step in.

Finally, today coincidentally, one of our analysts heard from a rank and filer inside. Her aside in the course of their dialog:  “The strategy this week is “apology and deflection.” Ouch. Deflect? How about stand up and own it. That’s real leadership.

Anthea Stratigos:  Co-founder & CEO at Outsell, Inc., wife, mother, public speaker and writer, among many other passions and pursuits. www.outsellinc.com