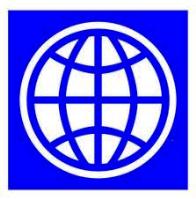 The World Bank International Committee on Credit Reporting has released a report titled Facilitating SME Financing Through Improved Credit Reporting for public consultation.  BIIA encourages its members to study this document and submit their comments.  Please see the links below.

Background:  In September 2011, the General Principles for Credit Reporting were issued by the World Bank and produced under its guidance by an international task force composed of central banks, other economic authorities, multilateral organizations, consumer/data protection authorities and credit reporting industry associations.

At its meeting in Rome in March 2013, the ICCR identified credit reporting on small and medium enterprises (SMEs) as a key area requiring further development to effectively reduce information asymmetries between lenders and borrowers, and by this means contribute in improving SMEs’ access to adequate external financing. In this context, the ICCR has produced this draft report, which analyzes the status of credit reporting with regard to SMEs and identifies 10 possible actions that could be undertaken by authorities and other relevant policy makers to address the identified failures.

This draft report is now being released for public comment until April 25, 2014.