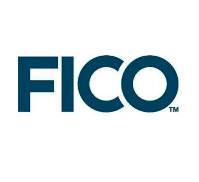 “We drove growth throughout all of our segments, particularly in Applications,” said Will Lansing, chief executive officer. “I’m also pleased with the strong quarter in our Consumer Scores business, and encouraged by the strength we’re seeing in our B2B Scores driven by new originations.” Revenues for the second quarter fiscal 2015 across each of the company’s three operating segments were as follows:

The company is reiterating its previously provided guidance for fiscal 2015, which is as follows: Revenues US$ 830 million to US$ 835 million.