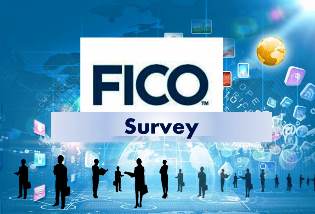 FICO’s latest consumer finance trend research has revealed that a growing number of US consumers are making transfers and payments over the internet and via mobile apps.

19 percent of respondents currently use online payment services such as PayPal and Venmo, and an additional 24 percent indicated interest in using them in the next year. The respondents identified ease, speed, and convenience as the primary reasons for using online payment systems.

Mark Ryan, emerging segment leader for FICO, said, “New advancements in technology have the potential to transform the payments landscape. Innovation and convenience are driving usage of alternative products and services like online and mobile payments. However, not all areas have seen strong adoption. Our research shows that marketplace lending is suffering from sluggish adoption because of either insufficient value to switch or a lack of trust in the financial services provider.”

According to the survey, the number of alternative lending customers has stagnated from last year, with only 1 percent of respondents borrowing money from peer-to-peer/marketplace lenders.

While the alternative lending market is forecast by consulting and research firm GrowthPaxis to be worth $350 billion by 2025, today it is closer to $20 billion. This means it is still some way from becoming mainstream as it represents only 0.6 percent of the overall consumer credit market in the U.S.

Another potential challenge for the industry is the quality of customers they attract. According to FICO’s survey, consumers who had already experienced delinquency events were the most likely to consider services from peer-to-peer lenders (48 percent).

“While alternative lenders may be increasing access to credit for some populations, they are finding it difficult to profitably grow beyond their initial risk appetite,” said Ryan.

FICO conducted an online survey of about 1,000 US consumers over the age of 17 in October and November 2015. Data was weighted by age and region to reflect U.S. Census data.