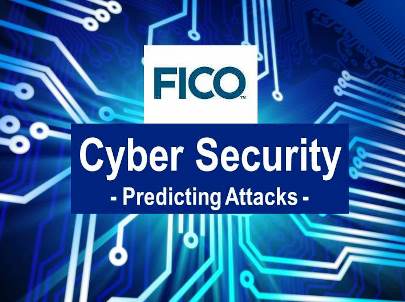 Fair Isaac Corp. is due to announce a cybersecurity product in April that uses artificial intelligence to analyze network behavior for abnormal activities on corporate networks that might indicate an intrusion. The technology operates along similar principles as that used by banks to analyze customer behavior for signs of fraud. The company, known as FICO, has made a push in recent years to take its analytics expertise beyond financial services to other markets, such as retail, government and health care.

For example, the product can distinguish between acceptable shifts in activity by sanctioned users of a corporate network and odd or suspect activities, Mr. Zoldi said. “Linking the behaviors of devices and networks, I can make a better decision around how to deal with” suspicious activity, he said.

FICO is striving to increase sales by getting analytics products out “more quickly and broadly,” president and chief executive William Lansing told financial analysts in January. The company faces competition in its core credit scoring business from Silicon Valley startups, such as Social Finance Inc. and Earnest Inc. that use social media activity and other nontraditional measures to create consumer credit profiles.

A handful of FICO’s bank customers are testing the new security product, which has been in development for more than two years, Mr. Zoldi said. It is due to be released in early summer.