Financial Inclusion at its Best: Nova Credit Launching from Y Combinator to Give Immigrants Access to U.S. Credit 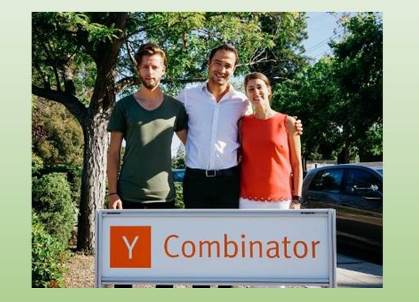 Access to credit and establishing a credit history aren’t a luxury for people living in the US, they’re a necessity. A credit score is required to rent most apartments, get credit cards, and essentially make a way in the modern American world

But for millions of immigrants (roughly 15 million) landing on U.S. shores — even ones who had successful jobs abroad — there’s no way for them to access credit. They’re basically starting from scratch, after a lifetime of being productive members of society in their home country.

That is, until now. Launching at Y Combinator’s demo recently, Nova Creditis looking to change that paradigm. The company, founded by three Stanford graduates, Loek Janssen, Nicky Goulimis, and Misha Esipov (center), has developed what may be the world’s first cross-border consumer credit reporting agency.  Collecting credit information and credit proxies (like cell phone billing receipts and records) into a single report it calls the “Nova Credit Passport”, Nova Credit passes the report onto the lender so that they can make a more informed determination on whether to accept or reject a credit application.

For credit card companies and lenders, the availability of a new report that scores immigrants’ credit, opens up roughly $600 billion in new lending opportunities.

“You come here and you start from scratch,” said Janssen in an interview. “What we’ve been working on for the last eight or nine months is creating a systemic solution to that problem.”

Both the UN and the World Bank have identified financial inclusion and the ability to access global credit as one of the keys to development and poverty alleviation globally.  In an article for the Kellogg School at Northwestern University in Chicago, Paul Christensen a clinical professor of finance was quoted saying, “Simply giving everyone a bank account does not necessarily accomplish that goal.”

Neither do marketplace lending platforms or access to microfinance.

Christensen argues that financial inclusion should focus on a more fundamental goal: providing people access to a full spectrum of affordable, high-quality financial services, including credit.  While microfinance has had an impact, Christensen told KelloggInsight: “Microfinance companies proved that poor people, wherever they are, could be creditworthy,” Christensen says. “That was an important step.”

The increased adoption of credit reporting around the world and the onset of mobile banking have exponentially increased the amount of available data to provide better insights on potential borrowers worldwide.

For the three founders, who are all under 30, the problems of credit accessibility was more than academic. The 28-year-old Esipov watched his parents struggle when they moved from Russia in 1990. While 26-year-old Janssen and the 28-year-old Goulimis, who worked as a full-stack developer and a Bain Consultant, respectively, had to start their financial lives over when the moved to the U.S. to attend university.

Nova makes its money by charging lenders for access to their reports, in the same way Experian and Equifax do.

So far, the company is concentrating on two markets, India and Mexico, which account for roughly 21 million immigrants to the U.S. every year. As the company expands it intends to add countries in the UK, the European Union, Brazil, Russia and China.

Launching at Y-Combinator’s demo day recently, Nova Credit is already generating buzz among financial services companies. It has also partnered with organizations immigrant organizations like fwd.us and Partnership For A New American Economy.

“We’re partnering with credit unions and fintech lenders,” said Goulimis. “Credit unions are committed to financial inclusion and trying to move away from taking shots in the dark [and] on the other hand we’ve been working with bigger Fintech lenders [who] are trying to underwrite people who are unbanked.”

Ultimately, Nova seems to be the culmination of something financial theorists, development organizations and lenders have been seeking for some time.

“If you’re in the financial services space, it’s time to wake up and pay attention to this massive, potentially very profitable market,” Christensen told KelloggInsight. “For everyone else, making sure

people have access to credit is the best way to expand your market.”

Nova is a Silver sponsor of the BIIA 2017 Biennial Conference