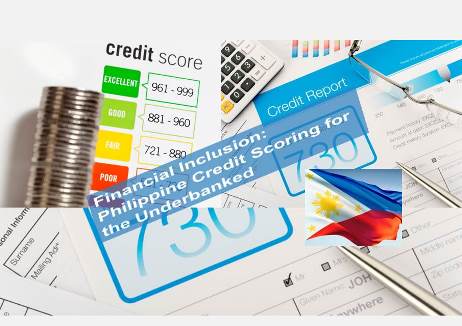 FOUR million unbanked Filipinos are seen to benefit from the nascent credit scoring industry, a development that is seen to provide those at the bottom of the economy an easy access to credit once the service is available to the public.   Marlo R. Cruz, president and chief executive officer of CIBI Information, Inc. (CIBI), highlighted that this is expected to unlock much economic potential in sectors of the economy that are crucial for inclusive growth.

Recently, three new accessing entities have been accredited by the Credit Information Corporation (CIC); to access data from the submitting entities, bringing the four companies that shall provide credit scores to Filipinos. These are CIBI, Compuscan, CRIF Credit Solutions, and TransUnion Philippines.  Out of the four, CIBI is the only accredited local credit bureau.

Cruz stated that the company is uniquely positioned to serve the unbanked. CIBI is considered as the Philippines’ first credit bureau and has the biggest database of unique names of more than 30 million Filipinos. This is bound to go higher as data becomes available from the CIC, Cruz remarked.

The World Bank’s Global Findex Database 2014 showed that more than two-thirds of adults in the Philipines remain unbanked. Only 31 percent of those who participated in the survey said they owned a bank account, 38 percent of which are women. In marginalized households, only 18 percent have bank accounts, it also showed.

The Bangko Sentral ng Pilipinas report released in 2015 said 36.5 percent of the country’s 1,634 cities and municipalities remain unbanked even as there are more than 10,000 banking offices nationwide. Filipino adults’ access to bank accounts compare with Vietnam’s level of also 31 percent, which is the lowest among the ASEAN-5, the World Bank policy paper showed. Malaysia has the highest penetration rate at 81 percent, followed by Thailand (78 percent) and Indonesia (36 percent). East Asia and Pacific had a 69 percent regional average for bank penetration rate.

Cruz said he hopes that the numbers will get better by next year once the industry is already in full swing. By that time, the banking industry is expected to get a boost from the demand and supply side of the business. The market will deepen as the unbanked market opens up and lending entities shift their focus to risk-based models, as opposed to existing asset-based models.

CIBI will provide credit scores to Filipinos through a website designed to provide scores even if users have very low bandwidth. It aims to begin in the first quarter of 2017. Anyone can buy a credit score for anywhere from P50 to P120. (PR)