FINTECH: Potential Solution to the SME Access to Finance Issue 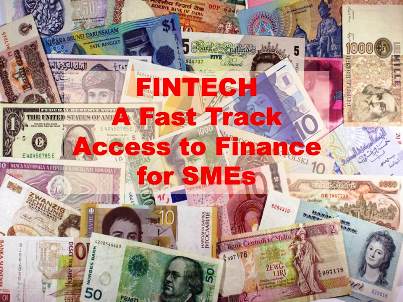 News from the Fintech ‘front’ in Australia:  Fintech (financial technology) is a line of lending businesses using software for the purpose of disrupting incumbent players such as banks. Fintech companies work outside current banking regulations.  The attraction of fintechs is the expectation of a “quick yes” via a streamlined online approval process. Fintechs tap into a huge diverse of unstructured data, use highly predictive analytics to extract in real time data which is critical for a given lending decision.

Fintechs usually offer business loans between $5k and $300k and terms generally range from 7 days to 12 months. They make funds available in a matter of days and sometimes even hours. Rates vary from around 9 per cent to 30 per cent and often well beyond. Most loans are made without property security. Fintechs are generally not suited for businesses that have requirements for long-term debt and if you have property security you will get a better rate elsewhere.  Some business owners will try a fintech if the bank either rejects them or can’t make a decision in the time frame required. Others will by-pass the bank based on a preconceived belief that the banks will not help them.

For better or worse most SMEs know what to expect when dealing with banks. They know the big banks have been around forever and have large and strong balance sheets but this new breed of lender is an entirely different species.  Unlike the banking sector where four well known players and their offshoots control around 90 per cent of the market there are already many fintechs in the SME space with new entrants constantly popping up as entrepreneurs see the opportunity to disrupt the big four oligopoly. As more players enter this field, it will be interesting to see how they go about developing and conveying a distinctive customer value proposition.

Australian owned fintechs currently operating in the SME space include Moula, Prospa, getcapital, and ucapital. The US online lender OnDeck is establishing a local operation in conjunction with MYOB and some well-known local investors. The barriers to entry are relatively low and the level of regulation is not as stringent as for banks. Issues such as funding, liquidity and fraud will no doubt come to the fore when the first fintech fails. Liquidity events could lead to unscrupulous fintechs embarking on a Ponzi scheme but we can safely assume that no fintech will be the beneficiary of a ‘too big to fail’ government bailout. If you borrow from a fintech that gets into difficulty how would you refinance a loan that a bank wouldn’t touch?

Borrowing from fintechs is expensive due to relatively high funding costs plus high default rates. Ondeck US’s operation has a default rate of 6 to 7 per cent and when an unsecured loan falls into default, the lender’s recovery prospects plummet.

HOW ARE BANKS RESPONDING?

Banks recognize they are burdened with legacy cost structures that place them at a disadvantage relative to disruptors who have lower cost and more scalable systems. They are acutely aware of the threat and are monitoring developments closely. Fintechs are not yet taking market share from the banks but clearly the potential exists for serious inroads once this business model becomes established.

In time banks will respond by acquiring the better structured and performing fintechs. Another bank strategy will be to take equity in start-up fintechs backed by big name players with deep pockets as Westpac has done with the online personal lender Society One.

It’s still early days but over time fintechs will become a significant alternative funding source for SMEs. In the meantime SMEs contemplating borrowing from a fintech would be well advised to first ensure they understand exactly what they are getting themselves into.