FinTech:  Those Who Cannot Lend – The Kreditech Saga

Kreditech, a Hamburg, Germany based Fintech company,  announced that founder Alexander Graubner-Müller is stepping down as managing director, but to continue to support Kreditech as founder and shareholder while focusing on new opportunities as an investor and entrepreneur.   BIIA reported significant changes in May in the management of Kreditech with departure of the CFO and the appointment of David Chan as Chief Executive Officer.

Kreditech offers credit and banking products to people with little or no credit history.  The company always saw itself as the panacea of online lending or even as the ‘Amazon for Consumer Lending’.  Obviously somthing appears to be wrong with its business model.  During the past 24 months the company has raked up over EURO 100 million in losses.  It has over  850,000 customers, 400 employees and 70 million euros in annual revenue.

In its latest press release the company stated that it was preparing for the next phase of growth, but it said nothing about how it was going to reduce its losses.   The press release is full of praises for the departing CEO:  “For the past eight months Graubner-Müller has been actively driving a complete transformation of Kreditech’s management team to prepare the company for its next phase of growth.” 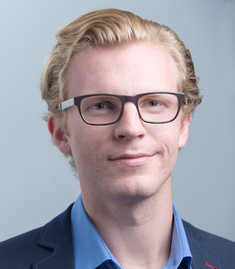 “We appointed several new executives in 2018, including David Chan as CEO, ” states Graubner-Müller. “We’ve hired world-class experienced leaders in technology and financial services to take Kreditech to the next stage. With such an amazing leadership team in place, I feel it is the right time for me to fully pass on my duties to David and withdraw from the day-to-day operations of the company.”

“In the name of the shareholders and the board I would like to thank Alexander for his drive, his incredible dedication to the company and his tireless pursuit of Kreditech’s mission to improve access to credit for underbanked consumers around the world,” said Giles Andrews, chairman of the board, Kreditech. “We wish him all the best for his future endeavors.”

The company was always upbeat about its successes, but said little about its huge losses.  This raises questions about the credibility of techies and their algorithms and whether they have good judgement in making profitable lending decisions.  Or, in this case, is the credibility of on-line lending based on social media data, analytics, psychometrics, and machine learning at stake?

Kreditech’s mission is to offer improved financial services for the underbanked through technology. Combining non-traditional data sources and machine learning, the company provides access to better credit and more convenience for digital banking. The product offerings include a variety of consumer loans, as well as “Lending as a Service”, allowing partners to integrate Kreditech’s credit products via an API into their own platform and services.