FINTECH: Which City will be the Next Big Hub? 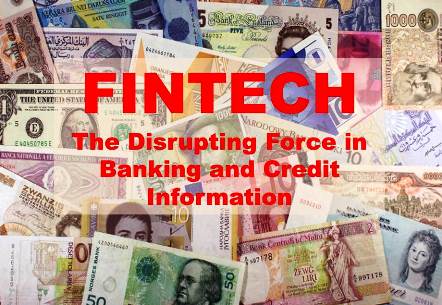 Fintech is already disrupting the financial services sector and with it traditional financial hubs.  Same cities are now competing to become leading fintech hubs.  The following is neat story by Bobsguide.com on recent developments.

As competition for the next big fintech hub heats up, governments and businesses are realising there is growing importance for a city to be a worthy place to attract investment and fintech investment in particular.

London has already established itself as a leading fintech hub and most recently Innovate Finance’s 2020 FinTech Manifesto received the backing of UK Prime Minister David Cameron. According to London & Partners, the Mayor of London’s official promotional company for the city, 40 per cent of £75m invested into London’s businesses in the first half of 2015 has been directly invested into local fintech. London also received a surge in investment from US firms last year, with figures showing double the amount of dollars invested into London-based tech firms in 2014 than there was 2012. New York and Silicon Valley immediately stand out as leading fintech hubs because of the sheer size and amount of investment being ploughed into them. New York was voted number one financial centre last year by participants in Kinetic Partners ‘Global Regulatory Outlook Survey’ and reports from Accenture suggest that fintech investment in the US tripled in 2014, with fintech deals in New York growing by 32 per cent. Silicon Valley is a name that has been associated with start-ups and innovation for many years and according to Accenture’s ‘The Future of Fintech and Banking’ report, fintech investment in Silicon Valley more than doubled last year.

But which cities around the world are hoping to catch up with established fintech hubs in London, New York and Silicon Valley?

Singapore has long been a major economic player in Asia and thanks to the Monetary Authority of Singapore who committed to invest $166.48 million over the next five years to help grow the fintech segment of the start-up ecosystem in the city it is one to watch. Startupbootcamp held is first fintech accelerator in Singapore this year and Swift’s yearly global financial conference Sibos will also be held in the city this year.

Hong Kong is fast developing itself as a fintech hub and back in April this year, the Financial Secretary of Hong Kong John Tsang said that the country would be “an ideal place” to develop into a financial technology hub and venture capitalists are increasingly seeing the potential for fintech investment opportunities in the region. Accenture also set up its first Asia Pacific Fintech Innovation Lab in Hong Kong’s own ‘Cyberport’ which has over 300 technology and digital tenants and says it aims to position itself as a leading ICT hub.

Dublin has already started to position itself as a leading fintech hub for Europe, alongside London, and back in March Deliotte released a report which said that by 2020 Ireland could support a further 5,000 jobs in the fintech sector. Dublin has a number of notable accelerators including one of Accenture’s Fintech Innovation Labs and Citi’s Accelerator hub for fintech start-ups.

Sydney already has a $60bn financial services sector and recently opened a fintech innovation hub called Chalk & Stone which gained $2m in funding from Australian banks and technology companies. According to reports, the hub doubled in size before moving into its home and had to find a new bigger base before officially opening.

FINTECH will be one of the key topics discussed at the BIIA 10th Anniversary Business Information Conference on October 30th, 2015.  Alex Trott,Managing Director, Financial Services of Accenture will lead the discussion.

To read the Accenture report click on this link