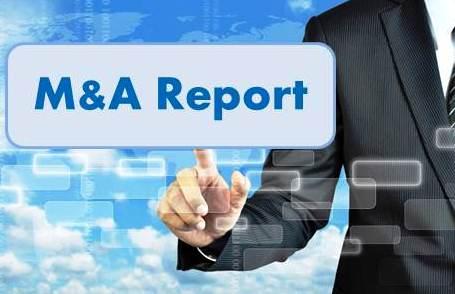 Mergers & acquisitions in the media, information, marketing, software and tech‐enabled services sectors saw robust activity through the first half of 2015, with 1,125 transactions announced at a total value of $53.7 billion.    Deal activity and value sustained the brisk levels of 2014, which saw 1,078 deals totaling $56.3 billion in the comparable period, according to The Jordan, Edmiston Group, Inc. (JEGI) (www.jegi.com), the leading independent investment bank across these core markets.

The database and information services sector remained relatively flat in number of deals announced in H1 2015 with 31, compared to 2014’s 32 deals.  Deal value, however, rose significantly in 2015 to $3.9 billion, due to Verisk Analytics’ $2.8 billion acquisition of Wood Mackenzie in the first quarter of the year.    Notable deals in Q2 2015 included: Dun & Bradstreet’s acquisition of Dun & Bradstreet Credibility Corp, provider of services for businesses to access payment history, credit scores and other information, from Great Hill Partners for $350 million; Archer Capital’s acquisition of Dun & Bradstreet Australia, provider of credit information and debt management services in Australia and New Zealand, for $170 million; and Broadridge Financial Solutions’ acquisition of Thomson Reuters’ Fiduciary Services and Competitive Intelligence business for an undisclosed amount (a JEGI transaction).

Although the marketing services and technology sector continues to be very active, deal volume and value declined in H1 2015 vs. 2014.  The current period saw 278 transactions, compared to 307 in H1 2014.  Deal value totaled $12.7 billion for the first half of this year, down from $16.8 billion this time last year, mainly due to several large transactions in 2014.   Beyond the notable deals highlighted in the Marketing Services & Technology section above, other deals of note for the quarter included: Vista Equity’s announced acquisition of a majority stake in Mediaocean, a leading advertising software company that enables users to bridge traditional and digital media, that valued Mediaocean at a reported $720 million; NetSuite’s acquisition of Bronto Software, a cloud‐based marketing and email platform for online retailers and multi‐channel merchants, for $200 million; and Solera Holdings’ acquisition of DMEautomotive, a direct marketing company for automobile dealers and aftermarket franchises, for $143 million.