Five Risks That Will Define Cyber Security In 2020 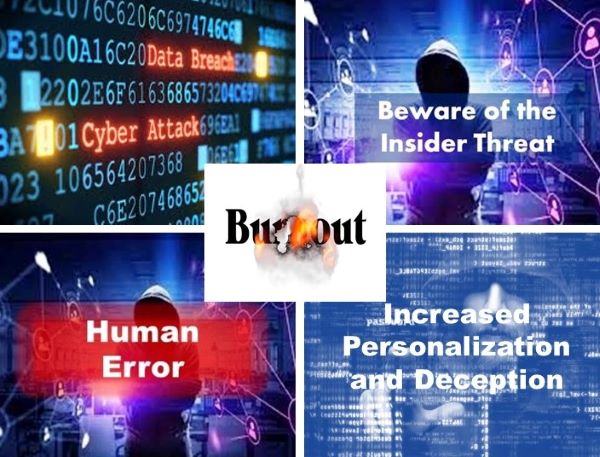 2019 was a bad year for data security. By virtually every metric, it was the worst ever. Simply put, companies and their leaders must acknowledge and appreciate the growing consequences of a data breach. Unfortunately, there is no indication that 2020 will be any better.

According to the Ponemon Institute’s / IBM 2019 Cost of a Data Breach Report, the average cost of a data breach climbed to nearly $4m, the highest amount on record.

While organizations are increasingly aware of the importance of cybersecurity, most are struggling to define and implement the required security measures.

Driven by the high cost of sophisticated malware-based attacks, a rise in insider attacks are forecast for 2020.

“Direct attacks on infrastructure… is becoming much more expensive, requiring more and more skills and time for the attacker,” says Kaspersky. Increasingly, consumers and regulatory bodies are holding companies accountable for data breaches. Moreover, regulatory oversight like GDPR and CCPA are indicative of a growing regulatory trend that collectively raises the importance of data security in the year ahead.

For those charged with protecting company data, today’s expansive threat landscape can feel overwhelming, leading to increased levels of exhaustion and burnout. However, not all threats are equally prescient, as some are more likely and ominous than others.

With a broad collection of employee monitoring and endpoint data loss prevention software available, every company can be equipped to defend against insider threats. As the consequences of a data breach continue to escalate, securing data against this known variable is a critical step to ensuring data integrity in the year ahead.

In the year ahead, increased personalization and other deceptive tactics, like HTTPS encryption, will become normative, increasing the impetus for companies to provide awareness training to keep them aware of the threats landing in their inboxes.

In 2020, companies need to understand that technological advancement can’t come at the expense of data security, and locking down these resources is often as simple as checking and rechecking that critical company data is password protected and not openly exposed to anyone able to locate it.

This problem is endemic all the way to the highest levels of a company where chief information security officers have an average tenure of 18 to 24 months, which is, on average, more than four years less than other c-suite positions.This high-stress, high-turnover environment puts data at risk, as a lack of continuity and unfilled positions create an environment where hackers can thrive.

To assuage these concerns, companies need to prioritise automation as much as possible. In this way, they can protect their networks against insider and external threats without inundating cybersecurity staff with a continual deluge of risks to assess.

Taken together, these numbers are indicative of one of the most notable threats to data security: indifference.  However, for companies that identify and respond to the most probable data security threats, it can be a differentiating factor, allowing them to thrive in 2020 and beyond.

This article was provided by our friends at Cyber Security Intelligence