Fraud: Digitally-Savvy Users Most Likely to be Victims 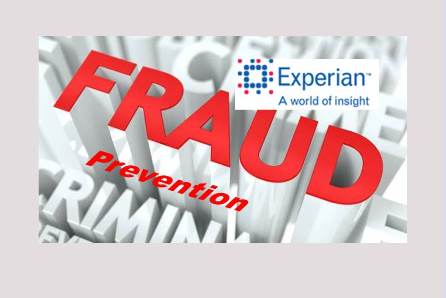 Experian is warning the UK’s most tech-savvy people that they are at more risk of becoming victims of identity fraud compared to those who only use digital technology on a practical day to day basis.

New research from Experian has found that the most prolific users of mobile and social technology who make up 7.7 per cent of the UK population, accounted for almost a quarter (23 per cent) of all ID fraud victims in 2015. This group saw the biggest increase in ID theft, rising by 16.7 per cent over the previous 12 months suggesting a lack of protection against identity theft.

In contrast, the research also discovered that the next biggest rise came from those at the other end of the scale – older and retired households, predominantly living in rural communities, with limited interest in technology and slower broadband.  This group of people makes up 1.6 per cent of the UK population, but saw fraud rise by a worrying 15.4 per cent year-on-year.

Nick Mothershaw, fraud expert from Experian, commented: “It is vital that those embracing technology also embrace protecting themselves online.  Using the latest device doesn’t necessarily mean full protection and being complacent about the risk of ID theft makes for a tempting target for ID fraudsters.

“At the other extreme, those using more traditional channels are not immune to fraud.  These people are being targeted through phone and email scams by fraudsters trying to steal their details. They tend to be less aware of the types of scams fraudsters undertake, who can be very manipulative and sound trustworthy on the phone. The sole rule is to never give out personal details, passwords or PINS to anyone, whether it is on the phone or by email.”

Experian’s research highlights the importance of taking proactive steps against fraud; for example:

While it may be easier – and alot less time consuming – to have the same password for all online accounts, there’s nothing more attractive for ID thieves.  A person wouldn’t use one key for all the doors in their home.  The same applies for all digital security measures. It is crucial to have unique, secure passwords for each online account. People should consider the strength of their password; always use a combination of upper and lower case letters, numbers and symbols.

Installing the latest antivirus on all devices that are connected to the internet will help to protect from spyware and malware. Updating apps as and when new versions are released will ensure access to the latest features, but will also improve app security and stability.

As open as people may like to be on their social profiles, they must remember that often the information shared is in the public domain and could be easily traceable. People should be cautious about the information they post, such as their email address, date of birth and family pet names – especially if they may be used as passwords.  People should also think twice before adding someone they don’t know to their network.

A lot of personal information is stored on devices that are not password protected. That’s emails, apps, messages – a vast amount of information that could be a goldmine for fraudsters if the device is lost or stolen. People should always lock their mobile device, whether it is with a passcode or a gesture, to prevent access to such information, should the worse happen.

Receiving unexpected, irrelevant mail, could be a sign of ID fraud – particularly mail that is outside of the usual purchasing sphere. For example, if a person doesn’t own a car, but suddenly starts receiving copies of CAR Magazine, this could be an indication that something is awry and that a car has been purchased in their name.

Should personal information fall into the wrong hands, it’s good to know where those details go. People should check their credit report to see if credit has been applied for under false pretences. Web monitoring tools are also useful as they scour the web for stolen details – sending people an instant notification if their information appears somewhere new online.

“Everyone has a responsibility to keep their identities safe. While we and other organisations work hard to protect people’s identities from fraudsters, by sharing this research we hope to make people more aware of the role they can play when it comes to keeping their own information safe,” concluded Mothershaw.

This research follows Experian’s recent in-depth analysis into people’s attitudes and use of technology and data in Britain, which revealed a three tier digital divide for the first time.  The study grouped the population into 11 different categories of people, and found that 7.5 million Britons are being left behind by the technology revolution.

For further help to keep safe from fraud please visit:http://www.experian.co.uk/consumer/identity-theft.html