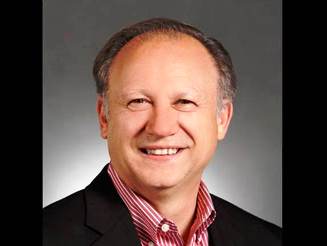 Mott will serve on the Board’s Audit Committee and Innovation & Technology Committee. In this role, he will provide guidance in a number of areas, namely working with executives on risk assessment and management, information technology and security and product development.

“At GM, Randy is again innovating and demonstrating his ability to lead transformational initiatives in IT, for which he has already gained esteemed recognition. He brings to Dun & Bradstreet an incomparable perspective; an understanding of the potential of data and how organizations can achieve strategic growth,” said Bob Carrigan, president and CEO of Dun & Bradstreet. “His extensive experience in data management, application development and IT optimization will add considerable benefits to Dun & Bradstreet and add to the expansive diversity of our board competencies.”

“Randy has demonstrated unparalleled vision in transforming and growing critical operations, recognizing and attracting top talent, and keenly understanding the needs of today’s businesses in a rapidly changing world,” said Christopher Coughlin, Chairman of the Board, Dun & Bradstreet. “We’re fortunate to bring his expertise in information technology and innovation to help Dun & Bradstreet meet new challenges and opportunities with speed and precision.”

Prior to joining General Motors in 2012, Mott served as executive vice president and CIO for Hewlett-Packard, beginning in 2005, where he oversaw application development, data management, technology infrastructure, data center operations and telecommunication networks worldwide. At Dell, he managed all of the company’s IT, and focused on global, scalable and common systems. Mott’s career as one of today’s leading CIOs began in 1994 when he was named CIO for Wal-Mart Stores, Inc. He spent 22 years at the company, holding a number of technical and management positions before being named CIO. While in that role, Wal-Mart’s IT group earned a “Best of Class” reputation for cost-effectively leveraging global and common IT systems. In 1996, Mott was promoted to Wal-Mart’s executive committee and in 1997 InformationWeek named him “Chief of the Year.”

“Dun & Bradstreet has a strong history of harnessing the power of data and analytics to help customers across virtually every industry,” Mott said. “I look forward to working with a talented board of directors and management team led by Bob, and helping an entrepreneurial company that understands information technology is a competitive advantage and a powerful corporate asset.”

Mott is a member of InformationWeek Magazine’s Advisory Counsel and has previously served on the board at Fleming Companies, Inc., and nonprofit boards including the President’s Information Technology Advisory Committee, and as Co-Vice Chairman of the Voluntary Interindustry Commerce Standards.