Getting the EU / US Safe Harbor Agreement Off the Rocks …. 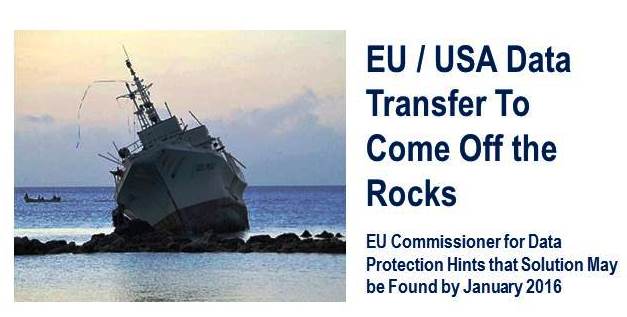 In a feisty exchange of words with Paul Nemitz, Director at European Commission for Fundamental Rights, US Federal Trade Commissioner Julie Brill  said today at the CDPD conference in Brussels that ‘there are very good proposals on the table now, we ought to get to a YES.’

Nemitz. stated that the following issues still need to be resolved: the US regulator needs to investigate complaints and its decisions should be subject to judicial review. He said that while the FTC is an independent body, it does not currently want to be a complaint handler.

Brill raised the issue of national surveillance activity – something that the EU does not have jurisdiction over in Member States. In her view, if the topic is not relevant for current negotiations, ‘we should just all go home’.

Nemitz explained that if a solution is found by next Monday, the proposal will be delivered to the European Parliament LIBE Committee the same evening, and the following day to the Article 29 Working Party which will then to take a view on whether it is satisfactory to the DPAs. In the absence of agreement, DPAs will discuss the enforcement measures to follow.

Nemitz said that the agreement would be adopted by the Comitology procedure, which means a limited role for the Euroepan Parliament.