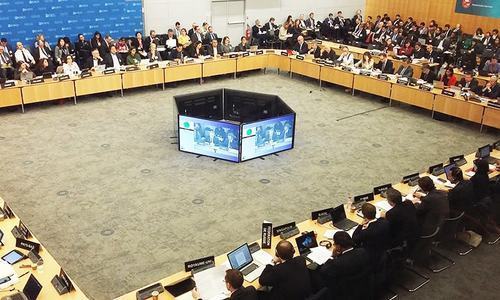 The Financial Action Task Force (FATF), a global inter-governmental body that aims to tackle financial crime, has said it will step up its efforts in monitoring the use of cryptocurrencies in money laundering.

According to a memo published last Friday of its latest meeting, the task force said it has taken on board the findings of a recent report regarding the risks of cryptocurrency money laundering and the regulatory measures being adopted in different countries. As a result, the FAFT has decided to implement additional initiatives to address the risks of cryptocurrency in money laundering.

Founded in 1989, the task force consists of ministers from its member jurisdictions who help determine standards and execute legal, regulatory and operational measures to fight money laundering, terrorist financing and other cross-border financial crimes.

Although the agency has yet to put out a concrete policy for implementation, the meeting nonetheless signals growing attention from worldwide regulators over illicit uses of cryptocurrency that could undermine the global financial system.

In fact, according to South Korea news agency Yonhap, the country’s financial regulator, the Financial Service Commission, was required to brief other 36 member states on its work bringing in anti-money laundering compliance rules for domestic cryptocurrency exchanges. As reported previously by CoinDesk, South Korea had long been allowing exchanges in the country to offer trading services for investors via anonymous accounts, which, according to the South Korean customs agency, helped facilitate unregistered movement of over $600 million in capital. South Korea subsequently banned anonymous trading accounts and is now requiring exchange platforms to put in place real name verification of accounts before resuming operations.