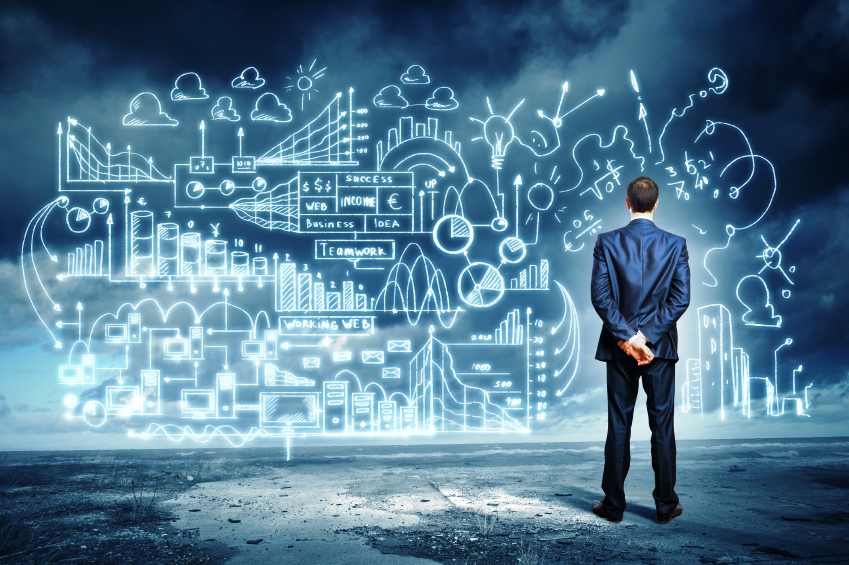 Global Analytics Empowering the Largest Financial Institutions in the World with Technology that Brings Transparency to Markets.  It is said to eventually replace anlaysts and researchers.

Kensho announced that Goldman Sachs has led a $15 million investment round in Kensho, and has entered a strategic partnership to use Kensho’s real-time statistical computing and analytics technology across the firm.

Kensho is a next-generation analytics platform for investment professionals that instantly and clearly answers millions of permutations of complex financial questions, automating previously human-intensive knowledge work by harnessing massively-parallel statistical computing, user-friendly visual interfaces and breakthroughs in unstructured data engineering. As the Financial Times put it, Kensho, which has been likened to a Siri-style service for investors, analysts and traders, enables them to ask questions such as ‘What happens to stock price of x if y happens?’  Another journalist stated: “If Kensho’s claims are accurate, it should send a shiver down the spine of every financial analyst and researcher.”

With this investment, Goldman Sachs becomes the largest strategic investor in Kensho, and will join the board as an observer. Kensho named Rana Yared, Managing Director in the Securities Division at Goldman Sachs, to its board of directors. Don Duet, global co-head of Goldman Sachs’ Technology Division, will join Kensho’s Advisory Board.

Kensho is empowering the largest financial institutions in the world with technology that brings transparency to markets. Kensho is pioneering real-time statistical computing systems and scalable analytics architectures—the next generation of improvements to the global financial system. Kensho harnesses massively-parallel statistical computing, user-friendly visual interfaces and breakthroughs in unstructured data engineering to create the next-generation analytics platform for investment professionals. Addressing the most significant challenges surrounding investment analysis on Wall Street today—achieving speed, scale, and automation of previously human-intensive knowledge work—Kensho’s intelligent computer systems are capable of answering complex financial questions posed in plain English, and in real-time. Kensho was founded out of MIT and Harvard in 2013. Kensho’s engineers come from veteran positions at Google, Apple, and Facebook.