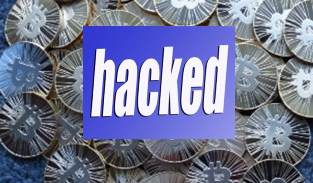 Late last week it was reported that Bitfinex, a popular Hong Kong-based Bitcoin exchange was hacked, losing about $70M worth of customer’s bitcoin. The loss caused the price of Bitcoin to drop about 20%, and it still hasn’t fully recovered to pre-hack levels.   In the days following the hack little information was known about how it happened and how Bitfinex would reimburse affected users.

Since the exchange used a service to individually segregate each customer’s funds in unique wallets, only some customers’s funds were drained, while others retained their full balances. The question then became would Bitfinex limit losses to only users whose wallets were compromised, or distribute them equally amongst all users (since the attack was essentially indiscriminate amongst random wallets).

Bitfinex has posted that they will distribute losses amongst all users to the tune of 36.067%, which is the total loss experienced by Bitfinex.

“Upon logging into the platform, customers will see that they have experienced a generalized loss percentage of 36.067%. In a later announcement we will explain in full detail the methodology used to compute these losses” – Bitfinex

To read the full story, click on the link below.