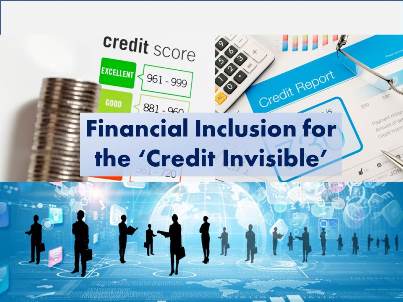 As the increased buzz about Big Data has filtered into Washington, D.C., policymakers have sought to learn more about Big Data, the technology that drives it, and the benefits and potential impacts for consumers. To that end, there have been three government reports released over the past year — two issued (1) by the Obama administration that focused explicitly on Big Data and one by the Federal Trade Commission (2) that centered on “data brokers.”

The upside of Big Data: The reports found that in most instances Big Data promises important societal, public safety and economic benefits, including:

The perceived challenges of Big Data: All three reports also focused on some of the challenges of Big Data, such as the need for greater transparency and accountability regarding data collection and use practices. They also found that Big Data presents the potential for discrimination against underserved communities.  However, the reports failed to address the fact that there are fair lending, fair housing and equal employment laws already on the books (3) that regulators can use to address discriminatory practices. More important, however, is that all three reports failed to recognize that Big Data can bring immense opportunity for improving financial inclusion among our nation’s underserved communities.

Many reading this blog may take it for granted that credit can be accessed easily through a credit card or an auto, a mortgage or a student loan. However, for an estimated 60 million Americans who are considered to be “credit invisible,” this isn’t the reality. Today’s automated underwriting systems rely on a credit score. Thus, consumers without a proven track record of meeting financial obligations often are unable to access affordable credit simply because they don’t have a score or they have a credit history so thin that it cannot be scored.

Without access to mainstream financial products, these consumers often are forced to rely on high-priced, short-term loans, some of which are from lenders that are predatory in nature. So how can Big Data help these people build a financial history and identity?  While credit invisible consumers may not have traditional credit history, most make their cable, utility or mobile payments on time. This data, however, is not generally included in their credit file, as telecommunications companies and utilities typically report only late payments or when an account has been sent to collections. Of course this could be remedied if these entities started to report on-time positive payments to the credit reporting agencies, just as financial institutions do today.

A recent study by PERC and the Brookings Institution found that including on-time payments from energy, utility and telephone firms would shrink the population of credit invisibles to around 5 million (4). Research (5) also has shown that it would be a net positive for underserved communities:

Policymakers can help by clarifying that federal law allows for telecommunications companies and utilities to report on-time payment data and give consumers credit for paying their bills on time. Including this as part of the larger Big Data debate is critical in demonstrating that more predictive data in the credit system can help consumers.

It’s not just telecommunications and utility data that can be included in credit reports. A recent analysis by Experian RentBureau uncovered how the addition of rent payment data to credit files can help financially excluded consumers gain access to traditional financial services. Specifically, 100 percent of the previously unscoreable study participants now are credit-scoreable, with the majority falling into the least risky prime category. Additional findings from the report are available here.

Big Data’s financial empowerment potential can be unleashed through wider adoption of more inclusive credit scores.  VantageScore® (6), for example, utilizes advanced analytics and reaches deeper into the credit file by integrating new data points, like rental payments, to help score consumers who previously were unscoreable.  The impact of these analytics equates to bringing into the financial mainstream between 30 million and 35 million creditworthy consumers who previously would have been unscoreable using legacy credit scoring models.  This is just one example of how advanced analytics using Big Data sets derived from credit databases can help achieve the goal of greater financial inclusion.

In conclusion, as illustrated by the many examples provided throughout this blog post, Big Data can bring immense opportunity for improving financial inclusion among our nation’s underserved communities. At Experian, we remain committed to helping expand the creditworthiness of individuals and furthering financial inclusion through Big Data analytics — a clear positive for consumers, industry and our nation.

VantageScore® is a registered trademark of VantageScore Solutions, LLC.