Harte Hanks Announces the Sale of Its B2B Research Businesses 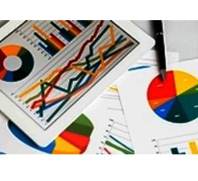 Harte Hanks announced it has entered into a definitive agreement to sell its B2B research businesses, Aberdeen Group and Harte Hanks Market Intelligence, to subsidiaries of Halyard Capital.  The company intends to use the proceeds from the transaction to support its strategic development.  Aberdeen Group and Harte Hanks Market Intelligence represented less than 5% of Harte Hanks’ total 2014 revenues.  The company expects to take a pretax charge of approximately $10 million in the second quarter for the sale.

Robert Philpott, Harte Hanks’ Chief Executive Officer, commented, “When we announced our corporate strategy last year, we described our ambition to become a leader in Customer Interaction. As part of this re-focusing of our core activities we recognized the need to acquire significant new capabilities and to divest a small percentage of our existing operations. In combination with the previously announced 3Q Digital acquisition, the sale of Aberdeen Group and Harte Hanks Market Intelligence emphasizes the continued excellent progress we are making towards our strategic goal. The expected positive impact of these actions on our financial performance underscores our commitment to delivering enhanced stockholder value and executing against our stated objectives. I want to thank our employees at Aberdeen Group and Harte Hanks Market Intelligence for their years of service and the contributions they have made to Harte Hanks. I wish them well in the next stage of their development.”