Heard at Dreamforce: Dr. Anthony Scriffignano on “The Secret Emotional Life of Data” 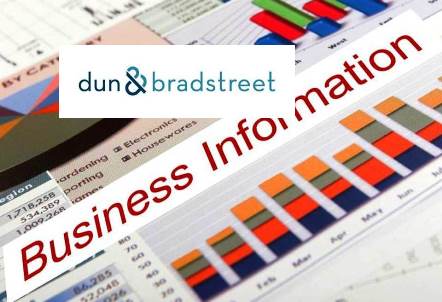 While most blogs you read about Dreamforce tend to cover the keynote speakers and big names at the event, my experience is that many of the best revelations for businesses occur in the breakout sessions.

It’s in the sessions where the industry thought leaders emerge and provide the insights that can have a huge impact on your business.  For me, being in the startup world and a marketer by trade, I was highly interested in attending Dun & Bradstreet’s Chief Data Scientist, Dr. Anthony Scriffignano’s session on « The Secret Emotional Life of Data. »

Scriffignano introduced the human side of B2B decision making by exploring how the extension of data science applies to the emotional nature of B2B relationships.

Data is used to help businesses make their most critical decisions.

However, the mistake some companies make is that they think about data in a basic, archaic way. We think of data in a non-emotional way; it’s just a bunch of boring numbers. However, in fact, there is quite a bit of emotion involved in using data to make decisions.

For some reason, the concept of data tends to bring thoughts that it’s a perfect foreign entity that we don’t need to look into or understand in a deeper sense. Scriffignano explained how as humans our emotional decision making could affect and tarnish the way we use and interpret data. For example, we have a tendency just to accept data as presented without questioning its authenticity.

He warned us to be aware of the inconvenient truths about data. It can become outdated, not all data is true, and not all true data is true simultaneously.

With so much data being collected out there, when and for what purposes is it okay to use it?

Scriffignano raised the question to the audience and brought up a fascinating example.

Recently he has been using a fitness monitor (like many of us). The particular one he uses also monitors when you’re sleeping and awake. He discovered that the data collected from the app was used by a third party to collect and measure data in relation to a recent earthquake. The data from the app was used to determine whether people in the affected area were asleep or awake when it hit and the precise time that they woke up.

While the study had its merits, the data was taken anonymously without the owners of the app having any knowledge of the study taking place with their data or having given consent to have it used.

Should an app that you are using for its advertised purpose be able to use your data in ways that you didn’t intend or could have even imagined when you signed up?

We change when we measure.

Due to our subconscious individual bias, we often introduce emotional context to the data we view so that we conveniently reach the results we were hoping to get. We are influenced by where we look and what we learn from doing research.

Consider the impact the observer effect has on human behavior when the population is aware of the measurement. Do you act differently when you know you’re being measured or evaluated? An effort must be made to understand the bias within your analysis as well how your answer relates to the sensitivity of the question that is being researched.

In addition to our own bias, we must also be aware of the individuals attempting to misconstrue data on purpose so that they may profit from the data illegally. They find loopholes and exploit them.

Then as soon as we become aware of their loopholes they will abandon the old ones and processes that lead them there, changing their behavior to an alternate means.

If we only rely on the old ways of monitoring this the bad guys will always be multiple steps ahead of us.

How do we know when we have enough data to make a decision?

Dispositive Threshold, a term coined by Dr. Scriffignano, allows us to measure when we have collected enough data to make a decision. It is not, however, a guarantee that we have enough data to make the right or appropriate decision. There is always more data than can be found and accessed. Sometimes, the issues relate to resources, like extra time or money, which can be an issue when funds are limited or if you need the answers immediately.

Scriffignano introduced the topic of decision elasticity, how “wrong” your interpretation of data needs to be before you make the wrong decision with it.

To test the decision elasticity, Scriffignano, gave us three scenarios to use:

What can we learn from machines?

The bias that we introduce into our methods of analysis can generate unintended data. An example is artificial intelligence, which learns equally from our misconceptions.

Using artificial intelligence via algorithms to find out if data is correct can be troublesome. Human error can be taught from our mistakes, and it will become the norm for the algorithms. The data will simply conclude that future misconceptions are correct. Advanced machine learning is, of course, quicker but can lead to an even higher rate of mistakes if not managed appropriately.

Due to the Internet, customers are able to be more knowledgeable when making choices as they become armed with more data themselves, which means companies will have to innovate even faster to meet customer demands. To achieve that, the focus should be on the meaning of the data instead of just the data in isolation.

About the author:  John White is the CMO and founder of Social Marketing Solutions. He is also a brand ambassador for beBee (a startup social-media site based on affinity networking with 10.5 million global users). John writes at the crossroads of social media, entrepreneurialism, startups, and marketing. Last year, he completed his MBA in marketing. He lives with his wife and two daughters in Fort Collins, Colorado. @juanblanco76