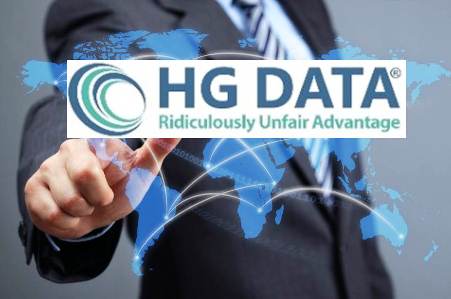 HG Data, the leader in customer intelligence for the software and hardware industries, today announced the appointment of Robert Fox to the position of Chief Technology Officer, and Barbara Winters to the role of Vice President of Marketing.

Following the company’s $12 million Series B funding, bringing total funding to $23 million, the two recent management appointments reflect HG Data’s commitment to transform the business intelligence industry through the use of technological competitive intelligence. Both executives will be based in the company’s Santa Barbara headquarters.

With more than 20 years of commercial software and engineering experience, Fox joins HG from Liason Technologies where, most recently, he served as vice president of emerging technologies and general manager for Liaison’s cloud-based ALLOY, the industry’s first Data-Platform-as-a-Service (dPaaS) offering. Prior to Liason, Fox was director of engineering at MuleSoft, a widely used API-based integration platform for applications, data, and devices which was recently named to the first-ever Forbes 2016 Cloud 100. At Mulesoft, Fox introduced a micro service-based architecture and launched the business’s first cloud analytics platform to provide insight into the company’s API and integration usage. He is a notable industry expert and has been nominated to CIO Magazine “Ones to Watch” list, and SearchCIO “IT Leadership Award”.

Prior to HG Data, Winters spent over a decade at Intel in a variety of strategic marketing roles, and most recently served as a senior member of the company’s marketing organization responsible for identifying and evangelizing key themes and messages around new technologies and strategic partnerships for both consumer and B2B initiatives. She played an integral role in the development and rollout of Intel’s $300 million consumer marketing campaign focused on reinvigorating the Intel brand and driving sales through encouraging PC refresh. In this newly created and key marketing leadership role, Winters will lead HG Data’s product and brand positioning, communications strategy, verbal and visual identity, and analyst and press relations.