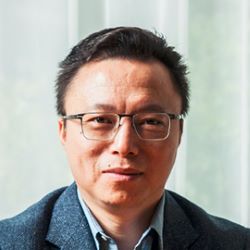 Of the 406 patent applications related to blockchain in 2017, Alibaba had 43, second only to People’s Bank of China (PBOC) who filed 68. Alibaba’s blockchain patents covered areas of invention, design, and utility. It goes a long way to show the efforts the multifaceted internet giants are making in the area of blockchain innovation. One of the more interesting landmarks of Alibaba’s blockchain efforts is The Ant Financial blockchain 2.0 released by Alibaba’s financial arm. The platform has evolved from the initial blockchain 1.0 to become an open platform for self-operation and decentralization.

Blockchain patents aren’t the only proof of Alibaba’s strong showing in Blockchain related endeavors. The e-commerce giant seems to know a lot about more blockchain than many others giving priority to this emerging technology. To date, Alibaba has scored huge points for its blockchain partnerships, blockchain innovations, and adoption.

Alibaba, through its subsidiary Lynx International, integrated blockchain technology to track information in its cross-border logistics services. With the successful application of blockchain, Lynx can all keep an immutable record of shipment information such as production, transportation, customs, inspection and any third party verification.

More recently, another of Alibaba’s subsidiaries, T-Mall in partnership with Cainiao adopted blockchain technology for its cross-border supply chain. Similar to the Lynx project, blockchain is being used to track information about shipments from over 50 countries.