With a robust community of technological innovators, and a drive toward the digital economy, India currently stands as an exciting market in FinTech.

Small- to medium-sized businesses (SMBs) are now a critical component of the government’s push for economic growth. According to a 2019 report by the Ministry of Commerce and Industry, India’s goal of a $5 trillion economy is “within the realm of possibility,” and SMBs are a critical part of that roadmap – government figures estimate that SMBs contribute nearly 38 percent to national gross domestic product (GDP).

Yet, the vast majority of small firms in India remain underbanked, according to SOLV CEO Nitin Mittal, who recently told PYMNTS that opportunities to drive B2B eCommerce in India are not only vast, but open doors to support digitization and financial inclusion for SMBs. 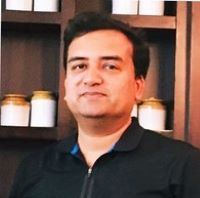 According to Mittal, there are three main factors that small businesses in India need to succeed: a “strong network, access to finance and simplified business support functions.” Citing SOLV’s own research, conducted with Dun & Bradstreet, Mittal noted that the majority of small businesses may be aware of digital channels that can support their business growth, but only about 20 percent actually use them, due largely to geographic or network-related limitations.

However, offering SMBs a digital platform to connect with other business buyers and sellers is only one piece of the puzzle. These firms also need to be connected to value-added services, such as affordable logistics service providers, access to a qualified workforce, automated payroll and taxation services.

A B2B eCommerce platform with value-added services can be an effective way to address SMBs’ biggest needs for easily accessible digital platforms and services to conduct trade. The second piece to this puzzle is on-demand finance, which Mittal said is severely lacking in India.

“About 4 percent of small businesses in India have access to sources of formal finance, despite favorable credit policies,” he said. “Key reasons for this credit gap that small businesses are facing [include a] lack of data supporting their creditworthiness due to [the] unorganized nature of their business, and [a] lack of on-demand finance owing to heavy paperwork, long-winded processes and traditional underwriting practices.”

Integrating on-demand finance into a B2B eCommerce portal not only broadens access for small firms, he noted, but can actually support lenders and other financiers’ needs for deeper insight into business borrowers that they would traditionally lack. Transaction data on the eCommerce portal is an integral component to underwriting, and — when combined with publicly available data and other information from various platforms — can connect small businesses to capital that they might not otherwise be able to obtain, Mittal added.

Trust is a vital component to supporting small businesses’ digitization journeys and access to capital on demand. A lack of trust is a key barrier to SMBs embracing online channels, as well as broadening their sales and partnership circles, said Mittal. It’s also vital for financiers that need high-quality data to facilitate financing.

Logistics services, for example, play an important role in validating a transaction to unlock financing or payments to a small business. The data flowing through the eCommerce platform itself, too, can boost transparency for SMBs and their financiers.

In an effort to foster that trust, SOLV recently announced a partnership with MonetaGo, which is integrating its blockchain-powered Anti-Fraud Network within SOLV’s existing invoice finance offering. The technology can tackle the threat of duplicate invoices, said Mittal, which occurs when a business submits the same outstanding invoice more than once to obtain financing for it.

“This may be done with malicious intent,” he explained, “or due to operational oversights, since most small businesses in India do not have proper invoice management systems to keep track of invoices generated — or they are sole proprietorships, where, usually, the promotor manages everything by themselves, including invoicing.”

Blockchain, which is also a key part of SOLV’s own infrastructure, has proven to be a valuable technology to foster trust between small businesses, trading partners, service providers and lenders, said Mittal. He pointed to the tech’s ability to generate smart contracts and immutable records, as well as connect financial institutions with secure data about a small business, as prime examples of how blockchain can foster trust in this arena.

As India continues its drive toward a larger, digital economy, supporting small businesses’ online migration and access to finance will be critical. According to Mittal, through technologies like blockchain, as well as data integrations via application programming interfaces (APIs), eCommerce platforms with connected, value-added services like on-demand financing can pull double-duty, not only enabling SMBs to embrace the digital economy, but unlocking data to facilitate the financing that is paramount to these businesses’ vitality. Looking ahead, Mittal noted, B2B eCommerce will play a key role in India’s economic expansion.

“While B2C eCommerce was the driver in the last decade for digital growth,” he said, “in the next decade, starting [in] 2020, technology innovation will drive the B2B segment.” 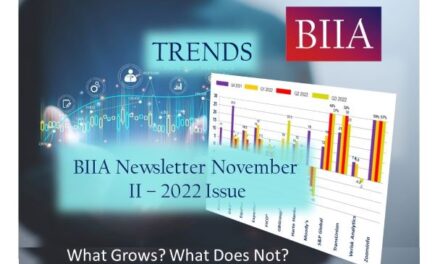