How to Rate Crowfunding?  Crowdrating Appears to be the Answer 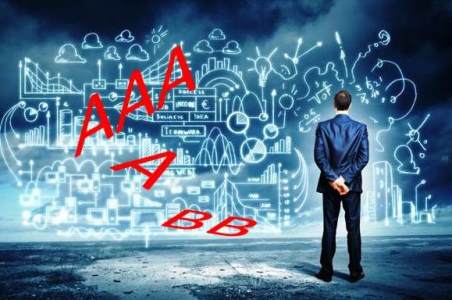 Crowdrating is a new rating agency which assesses every company raising money on the three biggest UK crowdsourcing platforms.  It is a timely initiative coinciding with the significant influx of investment into this sector.  Companies have raised £146m through equity crowdfunding in the year so far, an increase of more than 50 per cent over the £91m raised in 2014, according to data provider Crowdsurfer.

Crowdrating will produce free short reports on every company listed on Crowdcube, the market leader by fundraising volumes, and Seedrs and SyndicateRoom, two of its biggest competitors. Start-ups and other unlisted companies sell stakes to retail investors on these platforms, sometimes for as little as £10.

Its launch comes after industry figures and the Financial Conduct Authority, the City regulator, raised concerns about the risks involved in the fast-growing asset class, which has attracted thousands of inexperienced investors. The FCA has warned investors that “it is very likely you will lose all your money” in crowdfunding, since most start-ups fail, while there are also concerns over high valuations and deals structured to favour institutional investors over individuals.  Until this year, there has been no independent research available on the sector.

Modwenna Rees-Mogg, co-founder of Crowdrating and a former corporate financier, said: “Independent comment is a real challenge in small-business equity, and particularly acute in the world of ‘angel’ investors.” Many crowdfunding investors have had to rely on diversification in the hope of making a return, she says, but should at least be able to “filter out” the least promising deals.

Since Crowdcube launched in 2011, equity crowdfunding has attracted at least 200,000 individual investors and helped to launch companies such as JustPark, a parking app, and to expand consumer brands including several breweries and restaurant chains.  Unlike websites such as Kickstarter, where money is handed to companies as donations or in exchange for small rewards, equity crowdfunding sites offer the chance to make a financial investment — although few companies have so far offered investors successful “exits” from their holdings.

About half of all the start-ups seeking venture capital funding in the UK have either raised money through crowdfunding or plan to do so, according to Tim Hames, director-general of the British Venture Capital Association, in a sign of the sector’s move into the mainstream.

“Equity crowdfunding is here to stay,” said Alex Heath, co-founder of Crowdrating and former chief executive of Interactive Investor, a DIY investment platform for funds and listed shares. “It is part of the funding mix now, but there will be bumps in the road over the next couple of years.”

Crowdfunding already has one rating agency, All Street, which launched in March and produces in-depth reports on selected equity offers.

Crowdrating will differ to All Street by producing quick-fire one-page reports based on data responses to 60 questions submitted to a “ratings engine”, plus analyst comments.

Crowdrating will initially make money by charging start-ups for “company health checks” and ratings reviews. It acknowledges potential conflicts of interest but says it will disclose where it has been paid by a company that it analyses. All Street is funded purely by investors.