HSBC Appears Ready to Do Live Trade Finance Transactions on Blockchain – No Date Given! 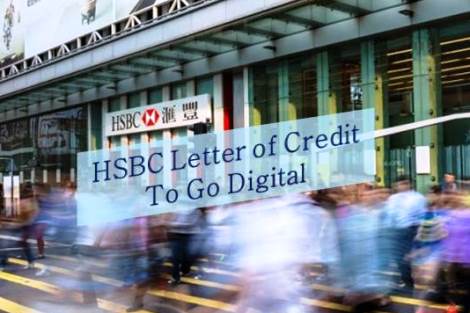 Where and When?  According to Global Trade Finance HSBC is on the verge of doing live trade finance blockchain transactions with clients, with the bank set to announce a series of pilots in the coming weeks.

In a media call this week, senior innovation manager Joshua Kroeker revealed that the bank is “confident enough to actually do a live transaction” using the technology, having spent the past two years working through various teething issues.

HSBC was involved in one of the earlier blockchain projects for trade finance, when it worked with Bank of America Merrill Lynch and the Infocomm Development Authority of Singapore (IDA) on a proof of concept (PoC) to mirror letters of credit (LCs) using distributed ledger technology (DLT).

The bank has continued to work on this project since it was announced in August 2016, and it seems that this could be one of those to move into pilot stage. The intervening period has been spent improving the solution’s robustness and security, to a point at which the bank felt comfortable involving customers.

“Going from that PoC in 2016, we’re at the tipping point of getting our customers involved in live transactions in the coming weeks and months. The technology has come a long way, we’re much more comfortable with its security and scalability,” he told GTRand other media.

“That’s the stage we’re at now, we want to get the customers involved to do those [pilots]. The next stage after that, in getting it live into production, is a further amount of work around the application but more work on the network,” he added. Kroeker was unable to divulge much detail about the specific pilots that are due to kick-start, but said that documentary credit will also be among the first areas of focus, with the bank set to test LCs on R3’s Corda platform this year.

“I’ve spent a large amount of time over the past two years speaking to lots of our largest trading clients. For the most part, they have worked very hard to streamline and digitise their operations where possible, but the product that gives them the most trouble is the documentary credit. This product is one of the first we’re going to pilot, which is going to be exciting,” he added.

It’s worth noting, however, that the technology is still a long way from commercial use, for HSBC at least. As well as developing the platform and the solution, a network must be in place so that the full transaction can be completed on the blockchain, which means on-boarding other banks, regulators, customs and all parts of the trade cycle.

“We see that developing throughout the year so that in 2019, around the same time, we should be in a position to have both the network of banks, corporates and others, and the app ready to use on a wider scale,” Kroeker said.

Meanwhile, the bank is hoping that its adventures in blockchain will leave it well-placed to cater for the “digital natives” in Asean, which is projected to be one of the world’s growth hubs for digital services over the coming years.

The press conference was called to discuss the bank’s digital agenda in the region, which is shaping up to be an online battleground in the years to come.

By 2020, Asean will have 420 million internet users, with an internet economy topping US$20bn by 2025. E-commerce, by the same year, will be worth US$88bn. There’s a sense that with 70% of the 630 million population across the Asean group of nations being aged under 40, banks and companies with strong online and digital presences could tap into a huge growth market.

23%. Inefficient border processes add 5% to the cost,” said Ajay Sharma, HSBC’s regional head of global trade and receivables finance. “In Asean, they are removing barriers, simplifying and automating custom procedures, there are lots of things being done,” he added.