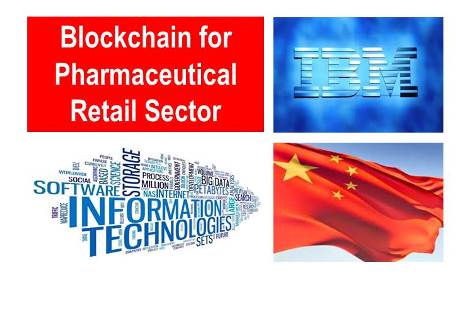 IBM is firmly solidifying its proactive lead as a blockchain solutions provider with another launch of a blockchain platform in China, this time in the pharmaceutical retail sector.

Developed in partnership between IBM and Chinese supply chain management firm Hejia, the Yijian Blockchain Technology Application System was launched this week with the aim to improve the operational efficiencies of supply chain finance among pharmaceutical retailers procuring drugs.

The blockchain platform is designed to help participants track drugs through the supply chain, enabling transparency in a traditionally paper-intensive process susceptible to tampering. Encrypted trading records will also establish the authenticity of transactions and subsequently lower credit risks profiled by institutions, altogether making for a quicker, more-efficient transaction.

China’s underdeveloped credit system is notoriously inefficient, leaving small and medium-sized pharma retailers to wait up to 60-90 days to recover payments after delivering medicines to hospitals. Transparent record-keeping will enable retailers with access to financing options from institutions, who will also be plugged in to the blockchain. Ultimately, the blockchain solution aims to enable banks to fund retailers on the same trading day or the next, a marked contrast to the timescales of the current process.

Come July, Hejia plans to expand the blockchain platform’s reach by including multiple pharma retailers, hospitals and banks.  “In the future, the platform will expand to include more industries to provide participating companies and financial institutions with transparent and efficient financing services built on blockchain-based innovation in a business model that will contribute to China’s economic development,” said Leng Tianhui, board chairman at Hejia.

Big on Blockchain in China

The launch of a blockchain solution in the Chinese pharmaceutical retail space joins a growing list of other efforts by IBM in the country. In October last year, IBM partnered Walmart to bring China’s pork industry supply chain over to a blockchain.

Following the turn of the year, The Postal Savings Bank of China announced the launch of its blockchain-based asset custody system, developed in conjunction with IBM. More recently, IBM developed a blockchain platform to fight carbon emissions rising from Chinese industries.