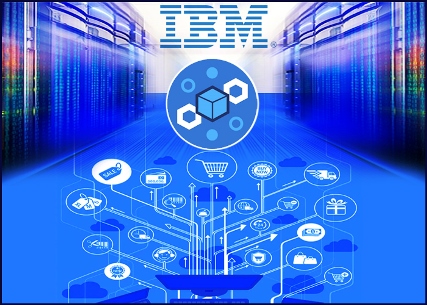 IBM told investors that it currently serves over 63 customers across financial services, supply chains, Internet of Things, risk management, digital rights management and healthcare, who are running 400 projects on its blockchain platform.

The customers include 25 global trading companies, 14 food companies and retailers, 14 global payments, and finance companies. Some of them are Maersk, Dupont, Walmart, Nestle, Unilever, Visa, Deutsche Bank, and HSBC.

This was revealed by IBM Chairman President and CEO Ginni Rometty at its 2018 investor briefing.

Blockchain is a shared immutable ledger for recording the history of transactions. A business blockchain, such as IBM Blockchain and the Linux Foundation’s Hyperledger Project, provides a permissioned network with known identities.

A permissioned blockchain can restrict participation in the mechanism of the blockchain, whereby certain actions can be performed only by certain addresses.  Blockchain is the underlying technology of several cryptocurrencies such as Bitcoin, but enterprises are taking it on as a new tool for trade and payments.

IBM, one of the first movers in the blockchain space, is developing enterprise-ready solutions that overcome existing limitations of blockchain technology in terms of privacy, confidentiality, audibility, performance and scalability.

In August last year, ten of the largest food producers and retailers, including Nestlé, Tyson Foods, Unilever and Walmart, had announced a collaboration with IBM Blockchain to help track food supply chains and improve food safety.

The use of blockchain can help in quickly identifying the source of the problem or contamination as one can see across the whole ecosystem using the data to pinpoint it. It provides trusted information on the origin and state of food.